2018 Honda Fit First Drive: Putting The Fun Back In Functional 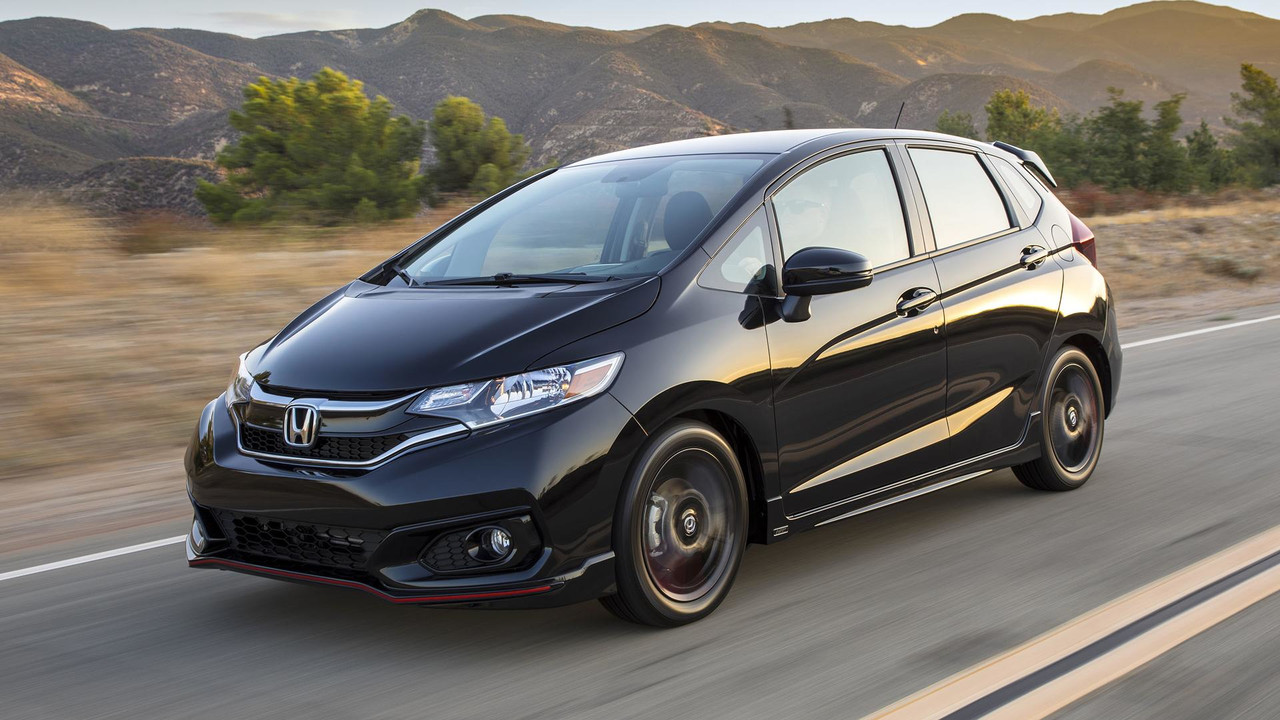 “It’s the most ‘quintessentially Honda’ Honda we make.” The company’s executives and product planners know their beloved Fit is a shining star in the subcompact class, a car revered for its excellence in functionality and practicality. None of that is lost in this 2018 model year update, a mid-cycle refresh for the third-generation Fit that’s been on sale since 2014. A handful of updates only strengthen the appeal of Honda’s all-star small car. It’s even a little better to drive, too.

That last part is of special interest to me – I love the first- and second-generation Fit because of their crisp steering and handling characteristics. The 2015-17 Fit isn’t quite as plucky by comparison, but Honda is addressing that with new steering and suspension bits for the 2018 model. More body reinforcements make the updated Fit stiffer and stronger. New shocks not only improve ride comfort, but give the car a bit more confidence while cornering. Finally, the internal parts in the steering setup are more rigid, allowing for better feedback and clearer communication between the front wheels and the driver’s hands.

The HFP pack just gives the new Fit a bit more of that verve I miss from its predecessors.

Beyond that, there’s a new Honda Factory Performance kit for the Fit, which further enhances the suspension tuning. HFP cars have a 10-millimeter lower ride height, and improved spring rates – 103 percent stiffer up front, 149 percent at the rear. There’s a smattering of other HFP accessories included in the package, too; check out the titanium shift knob, aluminum pedals, bigger spoiler, 16-inch black wheels, and red floor mats on the car pictured here. This HFP pack isn’t available just yet, despite the 2018 Fit already being on sale, but expect to hear more about this – including pricing – in a couple of months. (Think SEMA.)

On a short drive up and down the hills outside of Santa Clarita, California, the HFP Fit Sport reveals itself to be a sprightly little thing. The titanium shift knob feels great in hand while rowing through the six-speed manual gearbox, accompanied by a light clutch with a clear take-up point. Driven back-to-back with a non-HFP car, the increased spring rates are noticeable. The stiffer suspension setup adds noticeable, um, fitness to the subcompact’s movement, with less body roll and better agility in corners. But it’s not so stiff that it’ll ruin the Fit’s smooth, complacent ride on highways and suburban streets. If anything, the HFP pack just gives the new Fit a bit more of that verve I miss from its predecessors.

I’m not just telling you to get the stick because I believe in saving the manuals – in the case of the 2018 Fit, it’s simply the better transmission choice.

Honda’s naturally aspirated 1.5-liter inline-four carries over unchanged, with 130 horsepower and 114 pound-feet of torque in the manual-transmission car. Opt for the continuously variable transmission and you’re rewarded with better fuel economy – 31 miles per gallon city, 36 highway, and 33 combined, compared to 29/36/31 with the manual – but you also get lower output ratings of 128 hp and 113 lb-ft. Plus, the CVT isn’t as good here as it is in more powerful Honda models like the Civic or CR-V, with a tendency to just drone as it holds the tach needle midway through the rev range. Regardless of transmission, the Fit is pretty gutless off the line – an extra 20 lb-ft of shove would be a godsend here. But at least with the do-it-yourself gearbox, you can really wind it out to make the most of the available power. In other words, I’m not just telling you to get the stick because I believe in saving the manuals – in the case of the 2018 Fit, it’s simply the better transmission choice.

That said, one hugely important upgrade requires you to go CVT. The company’s Honda Sensing suite of active safety technology is available on the Fit for the first time, and can be had on all models (optional on LX and Sport, standard on EX and EX-L). Just like on other Hondas, the Sensing system bundles forward collision warning, lane departure warning, collision mitigation braking, lane-keeping assist, adaptive cruise control, and more. Some of the Fit’s competitors don’t offer any of that stuff.

The 2018 Fit continues to be a marvel of functionality and frugality – a subcompact Swiss army knife.

As for other upgrades, Apple CarPlay and Android Auto are now standard on Sport, EX, and EX-L models with the seven-inch infotainment touchscreen (you’re out of luck, base LX), and there’s a thicker windshield and corner glass for better soundproofing. In fact, there’s better sound insulation throughout the whole car, and the result is a Fit that’s noticeably quieter, especially at highway speeds.

The rest of the interior carries over largely unchanged, with comfortable chairs up front, tons of storage space, and the most useful flip-slide-fold seats in the business. They’re called Magic Seats for a reason: fold the rear seats flat and you can accommodate almost 53 cubic feet of stuff behind the front chairs, or flip the rear bench up to easily carry tall items. This is more than just clever capaciousness – the Fit actually bests a lot of midsize SUVs in its ability to haul cargo, and there’s a ton of head- and legroom for real adult human beings.

But despite the wealth of interior space, the Fit remains squarely subcompact, with the same jellybean shape as before. Reshaped headlamps and a more sculpted lower fascia represent the biggest visual changes for this 2018 model, and the new Sport trim gets unique 16-inch black wheels, a front chin spoiler (with required super-hella-rad orange pinstripe!), a rear diffuser (with matching super-hella-rad orange pinstripe!), an exhaust finisher, and side sill extenders. It’s cute as can be.

That’s a lot of goodness for an incredibly affordable price, but again, that’s another quintessentially Honda trait. Yes, the 2018 Fit continues to be a marvel of functionality and frugality – a subcompact Swiss army knife. Only this time, Honda didn’t forget to sharpen its blade.