Is the C43 Mercedes’ Goldilocks convertible, or just a whiny middle child?

The wealthy suburbs that surround Phoenix are perfect places to see and be seen in a Mercedes convertible – certainly the AMG GT Roadster went over quite well in that spot. Though for a pale-skinned Dutchman like myself, bringing you the full report of top-down action from under the merciless desert sun is not without danger.

Still, this was my first crack at the C43 version of the Cabriolet, having already shared reviews on the lesser C300 and mightier C63. I knew it was my duty to put my fears to the side, slather on some SPF 50, and do the hard work of driving a rip-snorting convertible for the afternoon. Thank-you cards are always welcome.

Restrained, but not plain. Steven Ewing originally described the looks of the C Cab as “70 percent” of the current S-Class, and I think he nailed it. Mercedes is doing yeoman’s work with bodyside curves these days, and the C43 benefits with a trim top-down profile that still doesn’t appear slabby or graceless. I like the look more with the top down than up, but the shape really works alright in both configurations, which is rare when it comes to four-place convertibles.

Rear seats are clutch. You’re not going to find my six-foot, five-inch body in those back seats anytime soon. But the fact that they exist adds a lot of flexibility for the occasional baby on board, or just as a place to toss your bag when you have a passenger. I may be getting old, but a four-seat convertible just seems like it’ll get driven more, thanks to the added versatility, than a roadster.

Not Goldilocks, but not bad. AMG’s onslaught of “43” cars makes a huge deal of sense: one gets stirring performance (just not mind-bending as with the “63” big brothers), and chuffed for the AMG styling bits and badges, liberally slathered on. Output figures of 362 horsepower and 384 pound-feet of torque from the turbocharged 3.0-liter V6 are more than enough to make the C43 quite quick: the car will scoot to 60 miles per hour in just 4.7 seconds. Better yet, the sport-tuned suspension, rigid body, and strong brakes make it a pleasure to drive on your favorite curvy roads.

It’s 90 degrees in the desert, but... Mercedes has always made some of my favorite cold-weather convertibles, because of the interior amenities to buff the chill. I didn’t get to use the seatback vents (warm air on my neck) or heated seats this time around, but the spillover of air into the cabin while at speed is very low, which is a great thing for Detroit in October. 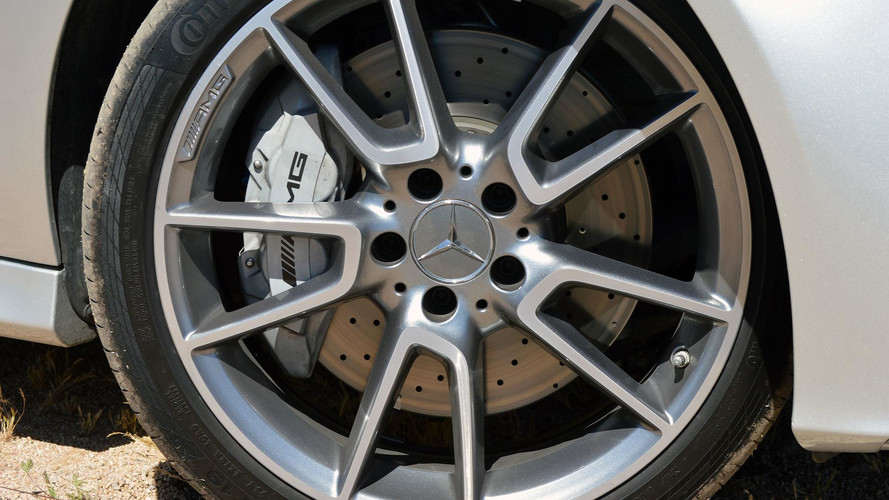 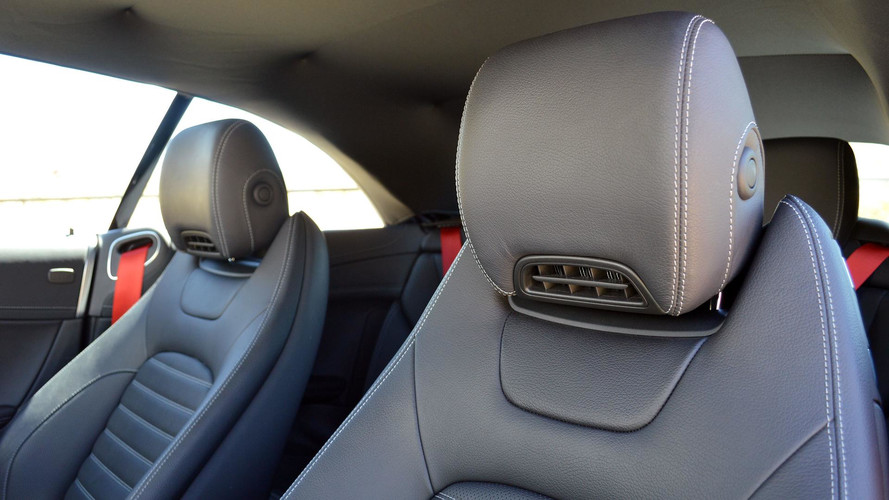 A few cylinders shy. Again, the power level isn’t a problem here, but there’s not really an engine and exhaust soundtrack to live up to the AMG badge. At it’s loudest the C43 exhaust might merit being called “tough,” but it’s hardly emotional or stirring. And despite a torque peak of just 2,000 rpm, this powertrain does have a dead spot on initial acceleration. The nine-speed transmission does fine once I’m off the line, but it doesn’t really launch the car with authority, despite the all-wheel-drive setup.

All-wheels, only. Unlike the C63 AMG, there’s no rear-drive option for the C43. That’s okay most of the time – the AWD system doesn’t make the car very understeery – but I do think a lighter, rear-drive car would be the one to have, if it were offered. Especially out here in the land of year-round sunshine.

Baby brother’s pretty good. All of the looks, functionality, and most of the fun (driving with the top down) are available from the $10,000-cheaper C300. Hell, for a few bucks extra I can even get it with the classic AMG five-spoke wheels. Oh, and the C300 can be had with rear-drive. That’s a compelling package that would make me think twice about parting ways with an extra stack of cash for the C43.