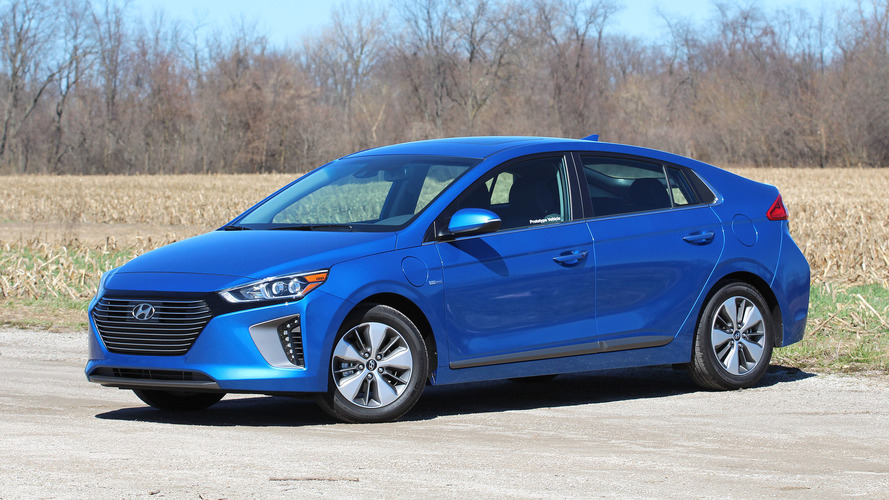 Hyundai’s plug-in Ioniq does everything your Prius Prime can do, but better.

The Hyundai Ioniq isn’t just one car – it’s three, all with slightly different missions to capture the attention of eco-minded shoppers. Green car editor Sebastian Blanco spent a lot of time with the 58-mile-per-gallon Ioniq Hybrid and the all-electric Ioniq EV during his initial test in February. The missing piece is Hyundai’s Ioniq Plug-In, which arrives at the end of 2017 as a 2018 model.

There’s a lot of unknown data about the Plug-In model; Hyundai won’t release fuel economy and pricing data until closer to the car’s on-sale date. The PHEV uses the same 1.6-liter inline four-cylinder engine as the Ioniq Hybrid, but has a larger, 8.9-kilowatt-hour lithium-ion battery, and puts out a combined system output of 139 horsepower. Hyundai says the Plug-In will offer at least 27 miles of electric range when fully charged, and considering it uses the same powertrain as the Hybrid in the same package, a fuel economy rating somewhere around 58 mpg doesn’t seem out of reach.

But following a quick spin around Hyundai’s technical center in southeast Michigan, one thing is for sure. The Ioniq Plug-In is a better looking, better driving car than Toyota’s Prius Prime, and puts the whole PHEV package in a car that feels, well, normal.

Looks like... a car. I think the Toyota Prius and its Prime sibling are two of the ugliest cars in the world right now. This Ioniq, on the other hand, looks like it could pass for an Elantra hatchback if you didn’t know any better. It’s handsome, with clean lines and model-specific 16-inch wheels. If you’re put off by the homely new Prius, you’ll find salvation in Hyundai’s attractive new Ioniq.

Functional, comfortable interior. The Ioniq Plug-In offers lots of passenger space, both front and back, and every one of the cabin’s controls is easy to use and logically arranged. You don’t get the huge, vertically oriented infotainment screen of the Prius Prime, but you get all the same technology, not to mention rear seats that are actually usable for real people. Open the hatchback and there’s 23.8 cubic feet of space behind the rear seats; fold them down, and there’s even more room (though Hyundai doesn’t have that spec just yet). What you’re getting with the Ioniq PHEV is the interior comfort and functionality of a standard Prius, with the efficiency of the smaller, sedan-shaped Prime.

Actually fun to drive. No joke, the Ioniq is super pleasant to scoot around in – more so, in fact, than its competitors. I could use more steering feedback, but the action is progressive with accurate response. The chassis is nicely composed, and this car doesn’t hate being hustled into a bend or two, its Michelin Energy Saver 205/55R16 tires not exhibiting a lot of the understeer-heavy characteristics of other low-rolling-resistance eco tires. Overall, the experience feels similar to that of a typical gas-engine car. This is one compact plug-in hybrid that doesn’t feel weird from behind the wheel.

Transmission troubles. Hyundai is proud of the fact that its Ioniq Hybrid and Plug-In use a dual-clutch transmission instead of a CVT, like most gasoline/electric cars. With the gas engine running, it means you get smooth, quick shifts, all part of Hyundai’s work to make the Ioniq family feel like a “normal” car behind the wheel. But when you’re running on electric-only power, the transmission’s shifts are far more noticeable – power sort of cuts away for a brief second while the next gear is selected. You notice it when accelerating from a stop, and until the gas engine kicks in, it’s surprisingly jarring.

Tough competition. Never mind the Prius Prime, there’s a lot of competition in the plug-in hybrid space these days, at varying price points. The Ioniq Plug-In package is very attractive, and should be priced under $30,000 when it goes on sale, but remember that for a little more money, you can get a Chevy Volt with a 53-mile EV range, or the upcoming Honda Clarity, which is a much larger car with 42 miles of electric range. Plus, with the Ioniq Hybrid model offering 58 mpg at a lower price point, there’s a strong argument to be made for just ditching the plug altogether. 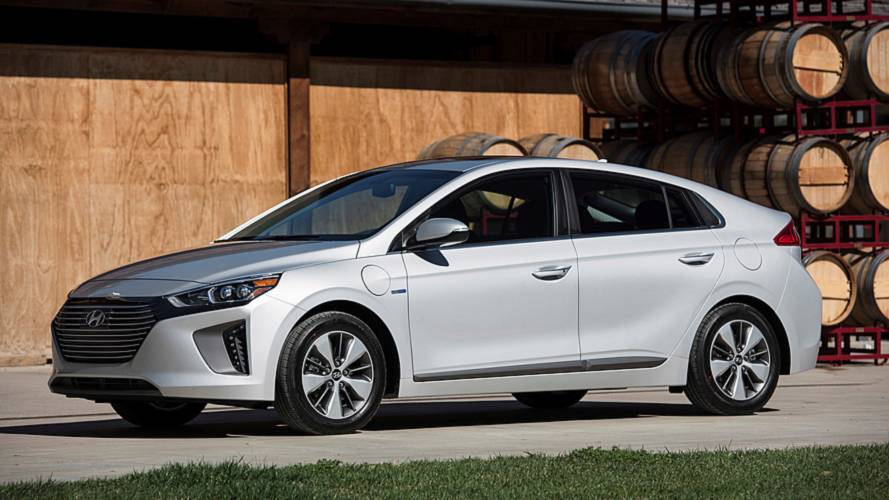