Hyundai had already entered the fullsize luxury sedan market in 2010 with the Equus, a car you’ve probably never heard of because it was entirely forgettable. Recently, though, it launched an entirely new luxury car brand called Genesis and introduced the Equus’ replacement: the G90.

The G90 is better in every way than the Equus and brings Hyundai that much closer to competing on the same level of luxury as BMW, Mercedes-Benz, Lexus, and others. There’s still a gap, though, between the G90 and its fullsize luxury sedan classmates, one that Hyundai is entirely capable of bridging but hasn’t yet with this first generation car.

Super standard engine. The G90 comes standard with a 3.3-liter biturbocharged V6 engine that makes 365 horsepower and 376 pound-feet of torque. A 5.0-liter V8 is optional, but all the numbers are in the standard engine’s favor and it’s anything but standard in how it performs. The V6 makes more than enough power for the rigors of daily driving and has some extra in reserve for backroad excursions. Perhaps more important, it operates with nary a vibration or decibel escaping the engine bay. Plus, it’s more fuel efficient than the V8 (EPA-rated at 20 miles per gallon combined versus the V8’s 18 mpg) and costs $1,600 less ($70,600 versus $72,200 with all-wheel drive).

High-quality materials. The materials used inside the G90 are suitably luxurious for this level of car. In particular, the Nappa leather on the seats and some interior surfaces is buttery soft like a Gucci handbag. All of the plastics feel high-grade and expensive, and the headliner appears to be a microfiber that does a convincing impression of suede. The only letdowns in the car I drove were the cheap-feeling plastic shift paddles and the fake-looking Walnut wood trim in high gloss.

Sensational seats. Even without adjusting the 22-way controls of the driver’s seat, I was comfortable in them from the moment I set butt to leather. They balance the body particularly well, which keeps fatigue at bay on longer drives. 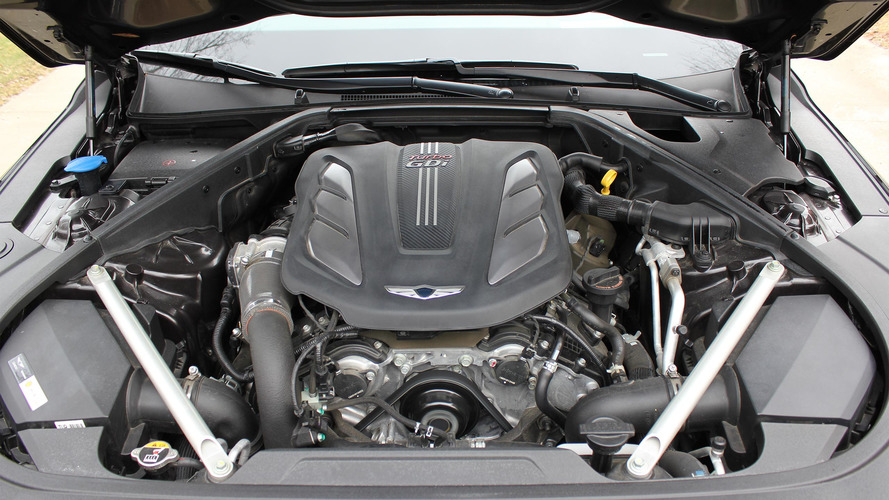 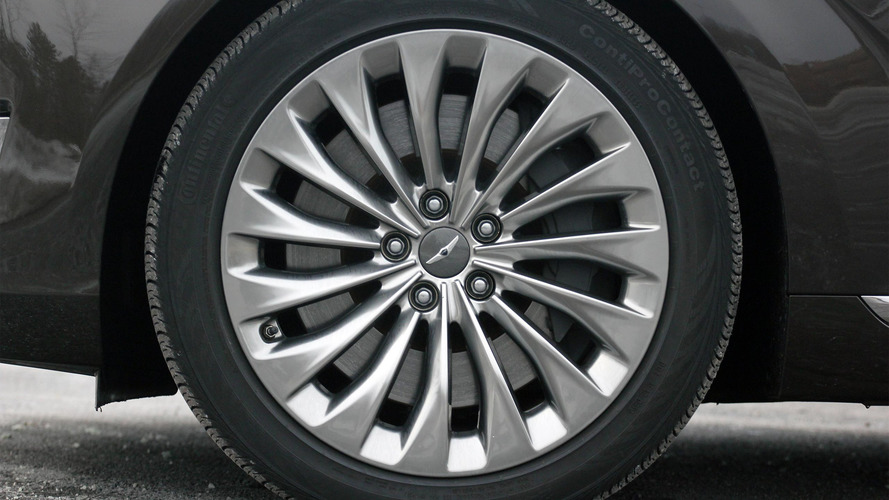 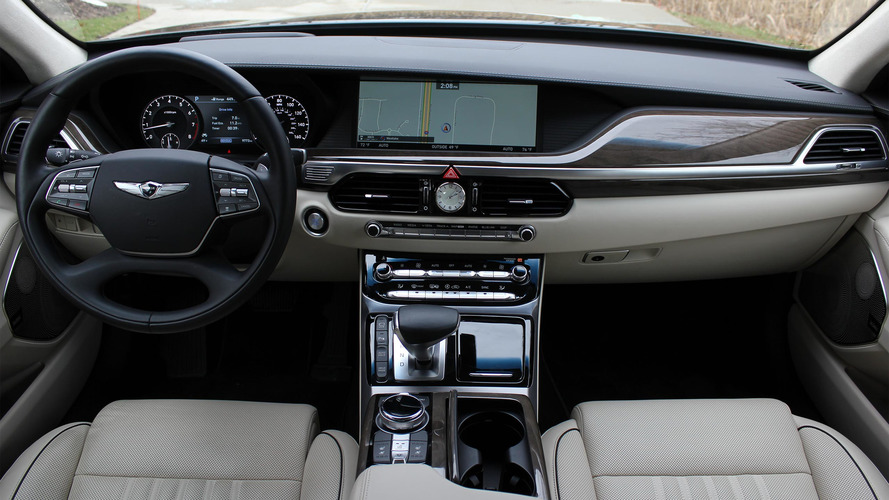 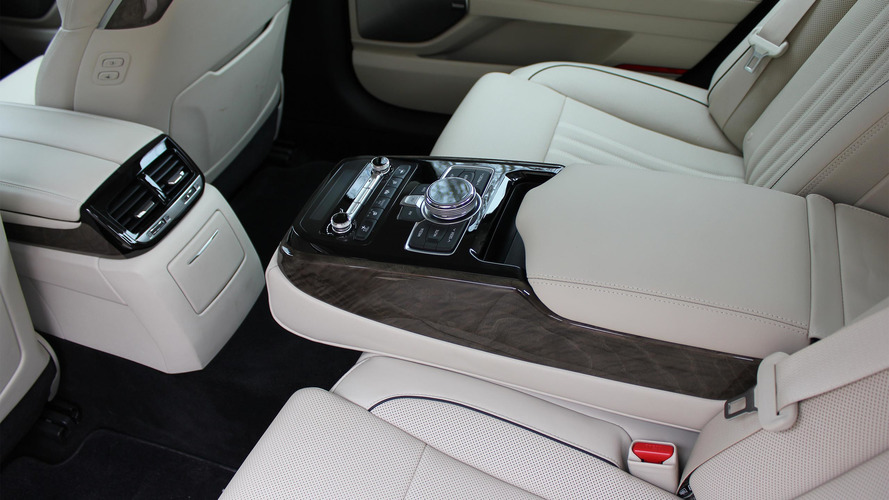 Cushy handling. The G90 has an Intelligent Drive Mode system with settings for Eco, Sport, Smart, and Individual. While each feels distinct thanks to changes that occur with the transmission mapping, throttle sensitivity, suspension, steering, and stability control system, the group as whole skews towards the softer side of the driving experience spectrum. The Smart mode, which Genesis claims analyzes your driving and optimizes its settings in real time, was entirely too soft, exhibiting a concerning amount of dive, squat, and roll. While Sport mode firms the suspension and quickens the throttle, it’s barely enough to earn the name; one could leave the G90 in Sport mode at all times because it approximates a standard drive mode in other cars.

No surprise and delight. The BMW 7 Series has a key fob with a screen and the processing power of a first-gen iPhone. The Mercedes-Benz S-Class has an HVAC system that exhales perfume. The G90 has no such tricks up its sleeve and, in fact, is missing some features like fully digital gauges, a touchpad interface, and massaging seats.

Inconspicuous design. The G90’s design fails to turn heads and get noticed. It looks like a long-wheelbase version of the smaller Genesis G80 sedan and, aside from its sheer size, doesn’t impart a grander sense of status or exclusivity. It’s innocuous at best in a crowd of bold, beautiful, and stylish competitors.