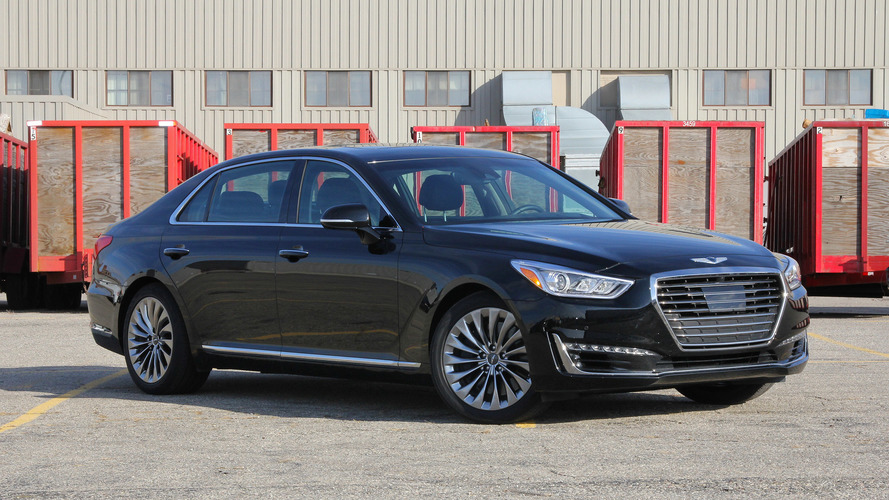 The V8-powered version of the G90 is big, smooth, and classy. Does that matter enough to overcome the deficit in brand cachet?

My wife and the guy at the car wash don’t have a lot in common. They’re separated by a few years, a gender, and occupation, to say nothing of quite a few points of attractiveness (if you’ll allow me to be so bold). But they did have one thing in common the week I tested the new Genesis G90: they had no idea what kind of car it was.

Molly (that’s the wife) took at look at the wide, bewinged Genesis logo and guessed that it was some kind of Chrysler re-branding effort. The guy at the car wash took a hard look at the sedan as I pulled in, scratching his chin – he no doubt is somewhat of an expert in makes and models – and finally asked, “So what is it, anyway?”

Most of the car writers I know have been pretty impressed with the G90, but the company has a hurdle of recognition to get over before it’s seated at the luxury table, even next to relative newcomers like Lexus, Acura, and Infiniti.

Get the V8. Whether you know its origin story or not, this G90 powertrain’s silken operation is convincingly premium. The 420 horsepower and 383 pound-feet of torque give the large sedan an easy stride on the highway, with the eight-speed transmission quietly keeping one in the powerband. This is a quiet vehicle at all times, but there is just enough of a low hum emanating from the engine bay, and a teasing snort from the exhaust at full throttle, to let you know this is the V8 version, not the turbocharged V6.

This interior is old-school but elegant. You’re not going to confuse the G90’s cabin with an Audi or a Tesla, but if you are a fan of conservative craftsmanship – and my feeling is that most Genesis buyers are a bit conservative – you should enjoy this space. Leather, wood, and chrome elements all harken back to older automobiles, but the design is fresh enough that it still works for me. I tend to think that analog clocks in automotive interiors are silly (unless you’re a watch person and they come in your brand), but the center stack here would look unfinished without one. Had Lexus not started designing for sub 60-year-olds a few years ago, this is where its LS cabin might be today.

If you’re in at all, you’re all in. Genesis is carrying on the Hyundai business plan of easy shopping, and what I think of as a more honest pricing structure. The company essentially asks you to select an engine (the 5.0-liter V8 or the turbocharged 3.3-liter V6) and either rear- or all-wheel-drive, and then accept the fat standard equipment list in place of added-cost options. To give you a taste, my test car offered a head-up display, multiview camera, 22-way power driver’s seat, 17-speaker stereo, 12.3-inch infotainment screen, LED lighting, emergency braking, blind spot monitoring, lane keep assist, and a full tank of gasoline for no added cost over the $69,700 MSRP. And that’s far, far from everything that comes with the car. You could spend $2,500 more to get AWD, and still be under the starting price of the most basic, rear-driver Lexus LS, to say nothing of the Germans.

Can you buy class? A $40 bottle of Mumm might be completely quaffable before a nice meal, but it’s certainly not going to impress people like dropping a mortgage payment on a vintage Dom. Similarly, Genesis faces the unenviable task of convincing shoppers in the $70k market that a former Hyundai can measure up to a Mercedes-Benz. To a certain extent it doesn’t matter how stocked with tech and leather the G90 is; people splash out on luxury cars because they like the image, and I’m not sure Genesis is there yet.

Button, button, who’s got the button? Probably hyper-aware of the older target-audience’s fear of newfangled controls, Hyundai has seemingly created a physical button for every feature in the car. I’m a little biased, because I like a good touchscreen interface, but I also think many people would agree with me that this is a bridge too far, even if you demand things like a “real” volume knob.

Good and cheap isn’t good enough. Other than price (which, I’ll grant you, is a huge advantage) the G90 doesn’t seem to have one standout trait amongst the premium luxury sedans you’d cross shop it against. It’s not overtly sporty, ungodly good looking, or on the bleeding edge of either media or mechanical technology. I’m still looking for a little it-factor to set the Genesis brand apart from the herd. 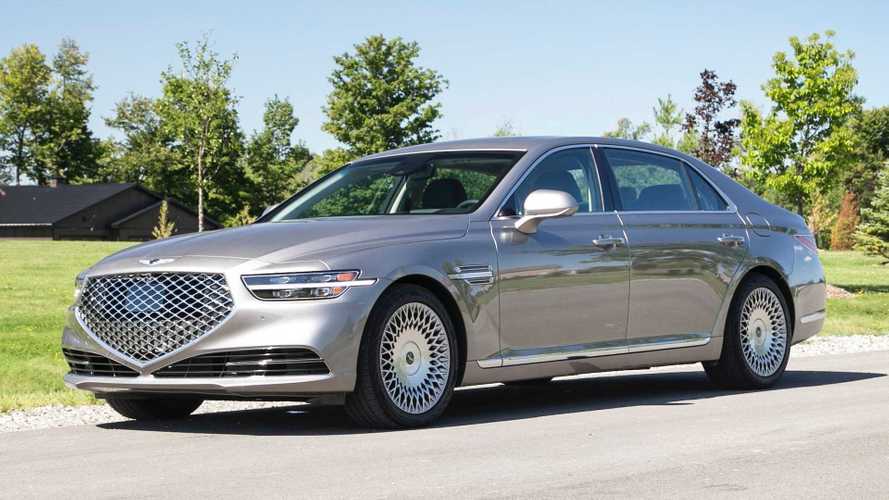