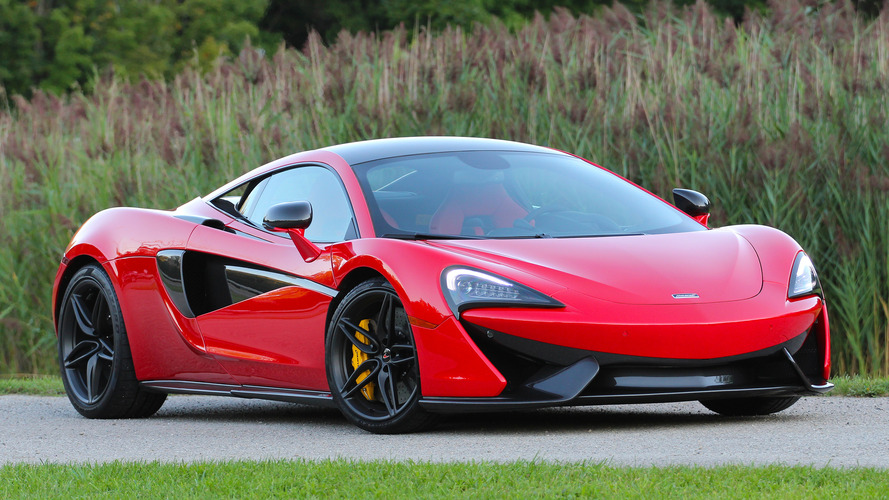 We take a look back at the "average" car we reviewed here at Motor1, through all of 2016.

In 2016 we launched the version of Motor1 you see today. In the process, we did our darndest to bring you as many new car reviews as we possibly could. Over the course of the year – and with an increasing pace in the last six months – that added up to hundreds of First Drives, Reviews, Why Buy? videos, and other forms of new car commentary.

I’ve always been fascinated with statistics, so measuring the data about our review cars seemed like a natural thing for me to do as last year drew to a close. It’s also helpful in understanding how a certain amount of bias needs to be guarded against when it comes to the cars the staff at Motor1 and I drive every day. That is to say, our cars tend to be a lot more expensive, powerful, and luxurious than the average car sold in the U.S. (and certainly, worldwide).

Let’s start with that comparison: Our average car versus the average new car in the U.S. (at least as far as we have data). Strangely our typical car looks a little bit like an over-spec'd BMW 3 Series...

I placed price at the top of the comparison chart, as it's obviously the biggest outlier versus a “normal” new car. There’s a pretty good statistical chance that you don’t have a $60K car parked in your garage, so why would the as-tested price of our typical vehicle be so high?

Well, for starters remember that the average is derived from a very small sample size, relative to the size of the new car market in the U.S. That is to say, when those large-scale stats are compiled, they take into account that Ford might sell seven lower-cost vehicles for every one Mercedes sold. We, on the other hand, tend to drive one of everything, which makes the bottom line number skew high.

For instance, if I correct for six-figure cars (remove them from the list) our average drops to a more reasonable $48,732. Still high – you guys love reading about luxury cars so we review a lot of them – but you get the idea.

Unfortunately, the best source of information for engine-output stats is the U.S. Environmental Protection Agency, which calculates horsepower averages, but not torque. So, while I can tell you that the average output of the cars we drove was 316 horsepower and 320 pound-feet of torque, I can only compare that to the 229-hp average found on the EPA database.

The fact that we’re getting more torque than horsepower isn’t all that surprising, considering that so many new models now offer turbo engines. And while I don’t have stats about displacement and number of cylinders in the average car Americans buy, our average tester figured out to fewer than six cylinders (5.66) and just over three liters of displacement (3.24). Surely the surge in 2.0T powerplants can be seen here.

Just as output figures seem to rise every year, so do gear ratios. Advanced transmissions use a greater number of gears to help ensure the engine is spinning with utmost efficiency, as often as possible. This year just four Motor1 testers had fewer than six forward gears (Fiat 500c Abarth, Jeep Wrangler Unlimited, Mitsubishi Lancer Evo, Nissan Frontier), with the average number being a healthy 6.87.

Transmissions are another area where our tastes – or, rather, the tastes of the automaker reps that stock the press fleets – diverge from the general public’s. Something like 5 percent or less of new cars sold last year were equipped with a manual transmission, while nearly 17 percent of our cars had a third pedal. (For the sake of simplicity, I listed things like dual-clutch gearboxes as “automatic.”) We do match up in terms of CVT distribution, though; about 10 percent of our automatics were of the continuously variable variety, which matches the best intel we could dig up on the national average.

Those gear-rich transmissions also help up the overall fuel economy, which, despite our high power ratings, is very close to the national average. We saw an average of 20.7 miles per gallon for city ratings, and 28.1 highway, compared to national, EPA-ranked averages of 20 and 29, respectively. Unfortunately, we didn’t do a regular job of tracking our as-tested fuel economy, though that’s a project we hope to tackle in 2017. Suffice it to say the observed averages were typically lower than the EPA ratings, because we all drive too fast (except for the boss).

Our good mileage numbers were helped by the higher-than-normal number of diesel and hybrid cars we tested, too. Where the U.S. market has seemingly flattened a bit on hybrids (roughly three percent of the market) and obviously turned its back on diesels (actual 2016 numbers will be interesting to see in the coming weeks), we still drove quite a few of each. Over eight percent of our test cars were either diesel or hybrid… though we most likely drove those too fast, as well.

From the drop-top Rolls-Royce, to the humble Mitsubishi Mirage, it was a diverse and good year of testing cars here at Motor1. Stick around for 2017; I promise to track more stats in the coming year, and to spearhead more and better car-review content than ever before.

Finally, I've collected nearly a hundred photos of our various review cars from 2016, and put them all in the gallery below. These all come from our social media channels – consider them a more informal look at daily life with our testers.