2018 Lexus LS versus the Germans

How the newest Lexus flagship luxury sedan stacks up against Audi, BMW, and Mercedes.

Ever since the first version debuted in 1989, the Lexus LS has been designed to compete one-on-one with the best German luxury sedans. The same is true of the all-new 2018 LS introduced this week at the Detroit Auto Show; it’s positioned to take on the likes of the Audi A8, BMW 7 Series, and Mercedes-Benz S-Class. So, how does the newest Lexus flagship stack up against its three German targets?

To be fair to the Lexus LS, which so far has been shown in only one model, we’re comparing the German sedans that most closely match it in terms of size and powertrain: the Audi A8 L 3.0T, BMW 740i, and Mercedes-Benz S550. 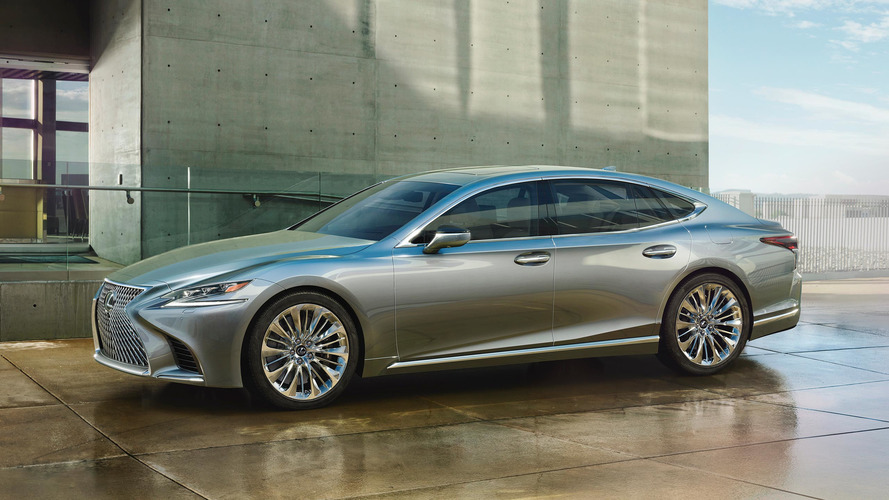 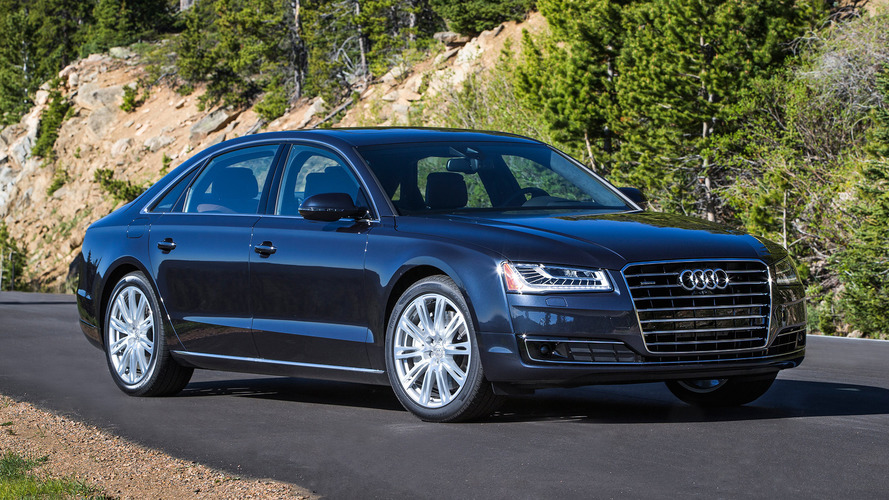 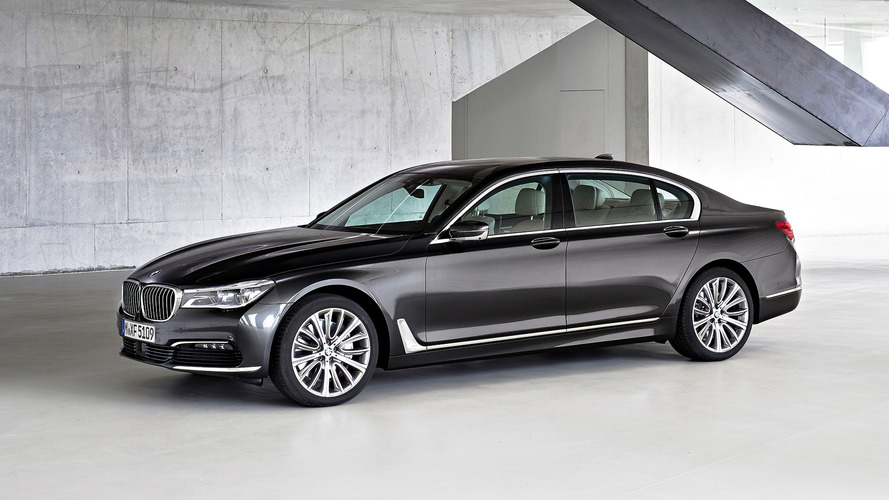 The 2018 Lexus LS measures 206.1 inches long and sits on a 123.0-inch wheelbase. That makes it a smidge smaller than its competitors. We don’t yet know how much space will be available inside the LS; in vehicles like this that are intended to provide a luxurious ride, rear legroom is key.

On sale for some time already, the Audi, BMW, and Mercedes luxury sedans offer several different powertrains. So far, the Lexus LS 500 has just one, a 3.5-liter biturbocharged V6 good for 415 horsepower and 442 pound-feet of torque. With a 10-speed automatic transmission and rear-wheel drive, Lexus says that’ll send the big sedan to 60 miles per hour in 4.5 seconds. Both RWD and AWD variants will be available.

The BMW 740i and Audi A8 L 3.0T are right on top of the LS in performance. From BMW, its a 3.0-liter turbocharged inline-six with 320 hp and 332 lb-ft, sent through an eight-speed automatic; both rear- and all-wheel drive are offered. With rear-drive, you’ll reach 60 mph in a claimed 5.4 seconds. The Audi, which comes only with all four wheels driven, extracts 333 hp and 325 lb-ft from a 3.0-liter supercharged V6, sending it through an eight-speed automatic. It’ll reach 60 mph in 5.5 seconds.

This is the point, however, where we must note that the S550 is the outlier in this comparison. It’s the least-powerful non-hybrid S-Class variant sold here currently, but it still is a sledgehammer compared to its competition. A 4.7-liter biturbo V8 delivers 449 hp and 516 lb-ft through a nine-speed automatic. That’s enough for a 4.8-second sprint to 60 mph.

The German rivals mostly compete very well in terms of luxury features, and some even go farther. The Mercedes S-Class, for instance, has heated armrests in addition to heated seats. The BMW 7 Series has an active system to prevent you from changing lanes if there’s a car in your blind spot. And both have sophisticated semi-autonomous highway driving features; it’s unclear how much steering input the Lexus LS will provide. The Audi A8 is the oldest entry in this class but still has all those features, like air suspension massaging seats, LED headlights, night vision, an available high-end sound system, and so on. 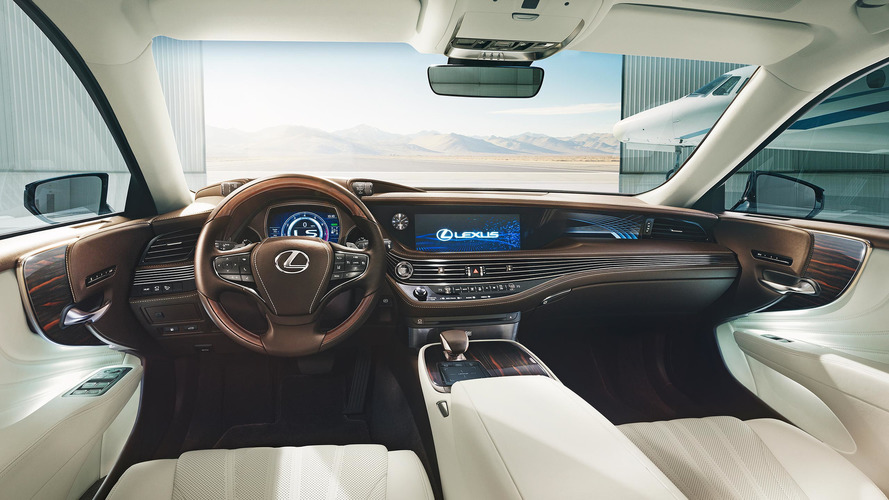 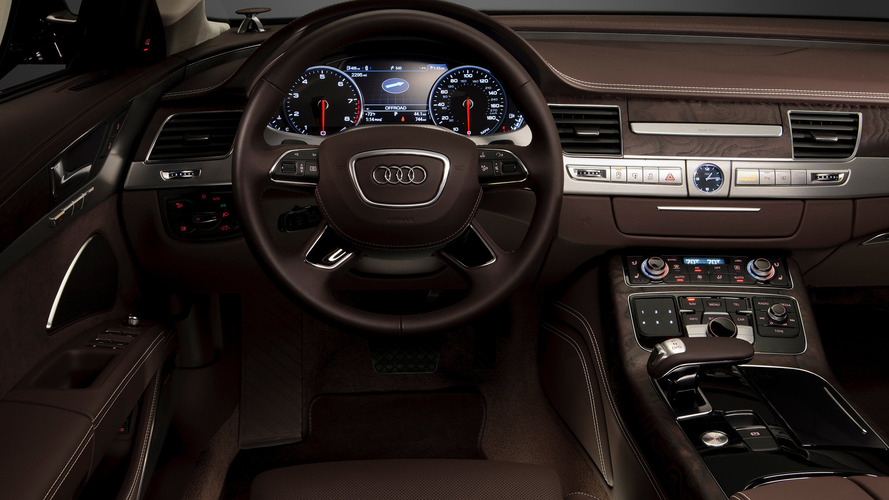 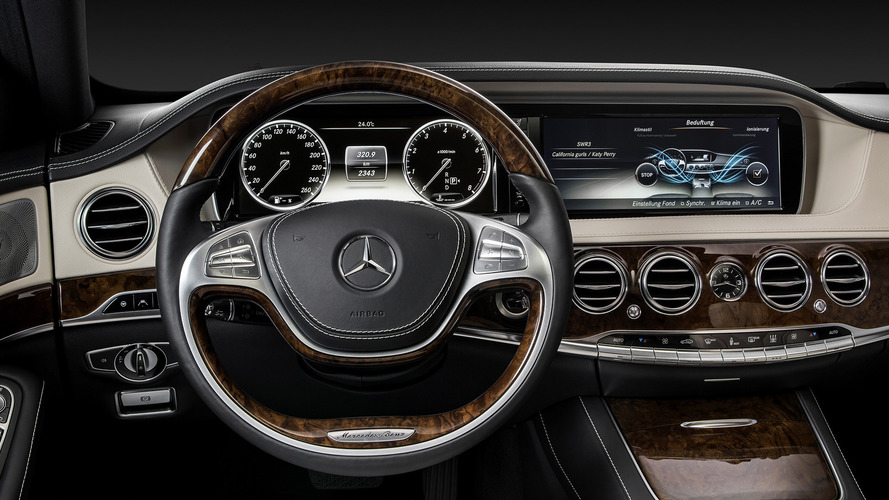 Though style is always very subjective, the 2018 Lexus LS is a great update to the nameplate. The brand’s enormous spindle grille dominates the nose, but elsewhere the styling cues are reasonably subdued and subtle. Note the gently flowing surfaces with few dramatic creases, the bulbous rear haunches, and upswept beltline aft of the rear doors.

The new BMW 7 Series was only an evolutionary update, visually, from its predecessor. It is still defined by a bit hockey stick-like design cue on the body sides. The Audi A8 wears perhaps the sharpest, tautest sheetmetal, with lots of straight lines across its body. And the Mercedes S-Class splits the difference, with plenty of curves all over, but also several sharp character lines.

Inside, the biggest similarity between the S-Class and the new Lexus LS is the use of big widescreen displays for the instrument cluster and navigation displays that are integrated in-line with the dash. The Audi A8’s infotainment displays pops up and rises out of the dashboard, while in the 7 Series, the display is fixed atop the dashboard.

Of course, the real test will be when we get behind the wheel – and into that reclining back seat – of the 2018 Lexus LS later this year. The car is scheduled to go on sale by the end of the year, with pricing to be announced at some point over the next several months.