Aston Martin Vulcan No. 11 of 24 up for auction 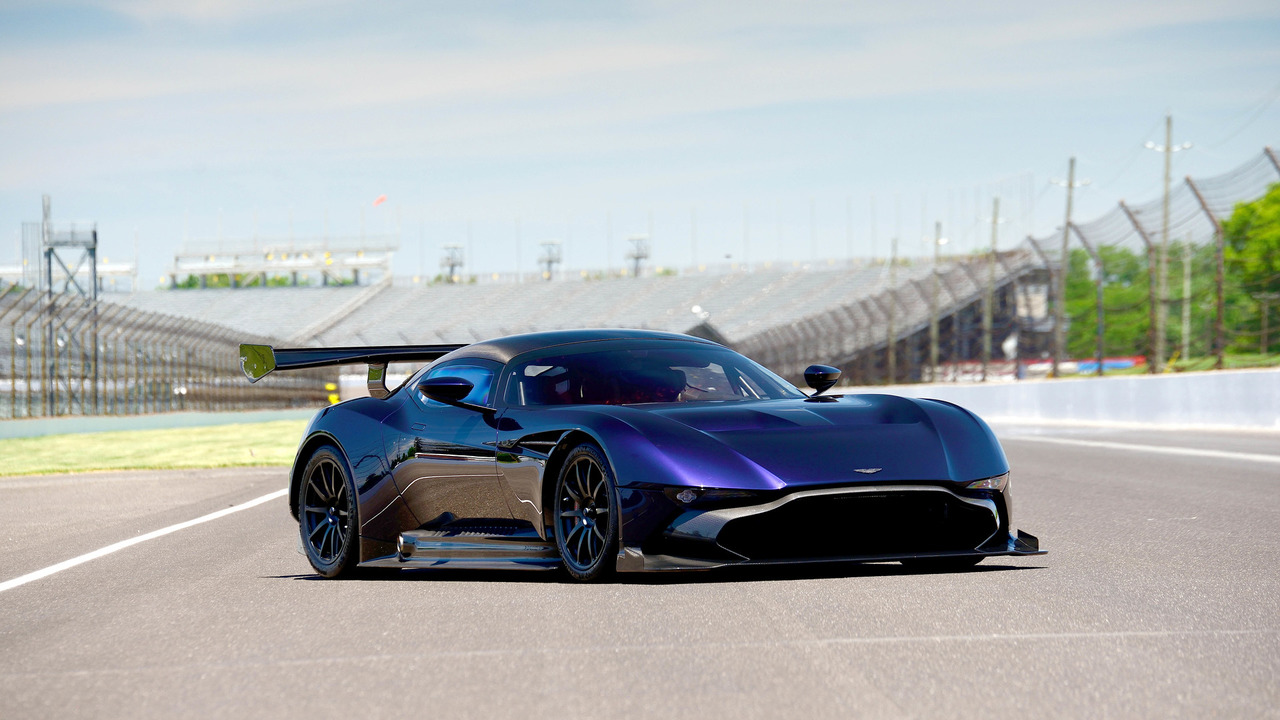 820 HP, V12 monster on the open market for the first time

The first Aston Martin Vulcan to be offered at auction will cross the block at Mecum's Monterey sale in August.

It's surprising to see one on the open market so soon after the 24 examples built were only delivered to their owners earlier this year. Those owners were specially invited, presumably in no small part because Aston felt confident they wouldn't simply flip their Vulcan immediately. Maybe the vendor here simply changed his mind?

But let's not worry about how in came to be consigned for auction. What he have here is the 11th Vulcan built, resplendent in a gorgeous shade of purpley blue. Power comes from an operatic, flame-spitting V12 that's based on the engine used in the GT3 Vantage, but bored out to 7.0-litres. In the uppermost of its three power settings, it produces a monumental 820 HP. And a noise to wake the dead through its Iconel and titanium exhaust.

The rest of the spec reads like a race car designers wish list. The carbon fibre chassis tub is built by Multimatic. The six-speed sequential gearbox is provided by Xtrac, and the clutch by Sachs. The electronic control unit is by Cosworth, the carbon ceramic brakes by Brembo, the adjustable pedal box by AP Racing, the seats by Recaro, and so on and so on.

It is, in effect, a GT race car freed from the need to meet any regulations.

It's not just the car Aston sells, either. It also runs dedicated track days for the Vulcan, owners undergoing an intensive training programme to help them get the best out of the car. And at the end of the day, Aston takes the car away to make sure it's in tip-top condition - owners have the option to look after it themselves, but apparently very few do. It isn't actually clear if the package stays with the car when it changes hands.

Mecum hasn't revealed the estimate it has put on the Vulcan. But bear in mind that it cost over $2 million from the factory, and you take a guess.