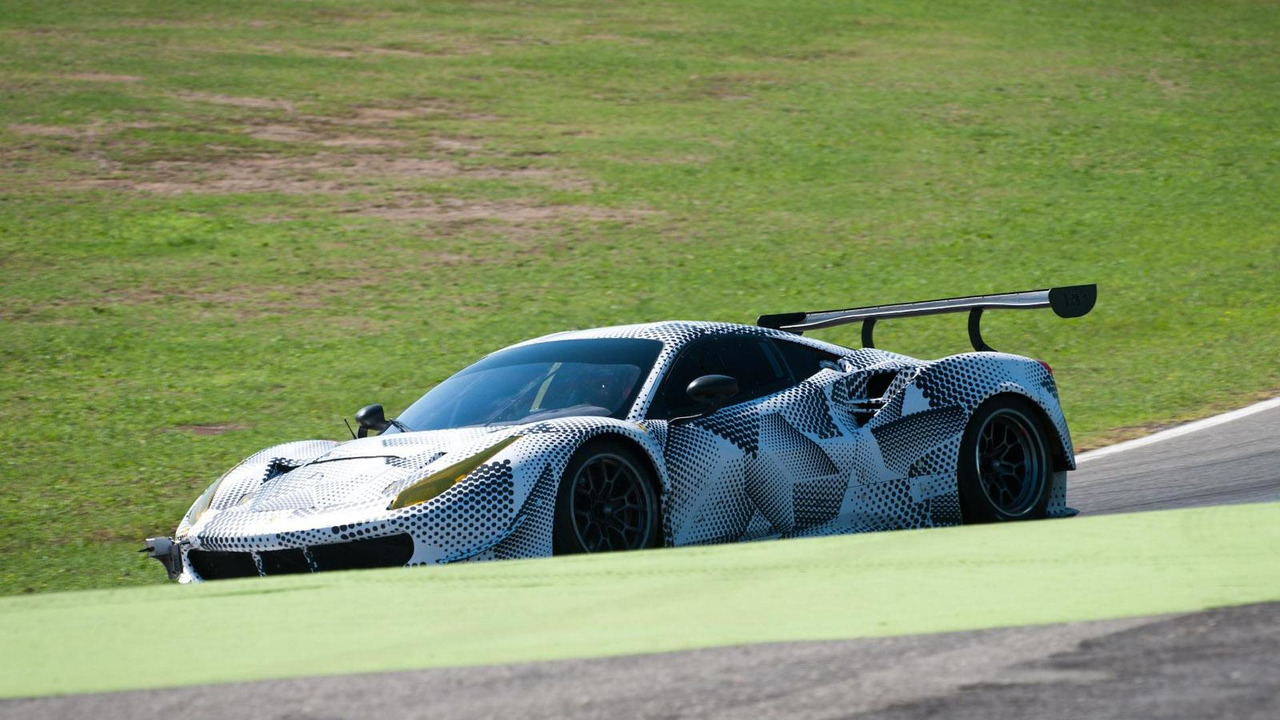 We have received the first spy photos of the upcoming racing GTE version of the Ferrari 488 GTB.

Already confirmed for launch in late 2016, the vehicle was seen stretching its legs at the Vallelunga circuit in Italy. The car was tested by Gianmaria Bruni and Davide Rigon and spy photos reveal it will feature some significant aerodynamic improvements, including larger fenders, a modified front bumper, larger air intakes in the rear fenders and a massive rear wing.

As far as we know, the car is powered by the same 3.9-liter V8 twin-turbo engine as the production 488 GTB. Ferrari says this first run of the machine was “just a shakedown” and the “proper development” should start in a month.

The Italian company will likely follow its normal development cycle, which means the GTE model will be ready before the GT3 model, probably in less than 12 months from now.