Should the Mercedes-Maybach S-Class worry?

Back in October, Audi gave a good sneak peek of the A8 L Horch. It looks rather promising in the photos, especially given that it has the Mercedes-Maybach S-Class in its crosshairs. The German automaker has since launched the A8L Horch at 2021 Guangzhou Auto Show earlier this month. So is it more than an extra-luxurious version of the A8L? That's what the video walkaround is for.

If you think the A8 L Horch looks even larger that the standard A8L, you're hunch would be correct. As it is, the A8 L is already 208.7 inches (5,302 mm) long from bumper to bumper, so no one will mistake it for a compact. But this is the Horch version we're talking about, and it carries the name of one of the company's pillars. And since it also aims to take away sales from the Mercedes-Maybach S-Class, it's only right that the Horch is longer than the standard model. The Horch measures 213.5 inches (5,422 mm) from nose to tail.

You can see more of its size and imposing design in the video walkaround. With its stretched wheelbase, we see the much longer doors. Not only that, there is noticeable more automotive jewelry in the form of chrome pieces applied on the body. If that's not enough to catch anyone's attention, then the chromed-out egg-crate grill will. Other unique touches include the wheel design, the facelifted exterior, and the Horch badges. Even with those taken away, the vehicle's brightwork and size are a giveaway.

But the point of this walkaround is to show you the interior. Here, you'll see acres of legroom at the back, and that's despite loads of equipment over there. As expected, the A8L Horch has a pair of leather-trimmed, power adjustable perches. All adjusters are mounted on the center console, and there's wood, even more leather, and ambient lighting on its door panels. If you're curious about what's on the rear center console, it's extra storage spaces.

The A8L Horch also has footrests at the back, along with embroidery on the seats, and a pair of screens that serve as the infotainment at the back. In the Audi China website, the Horch is even available with pillows.

How Do You Want Your Audi A8? 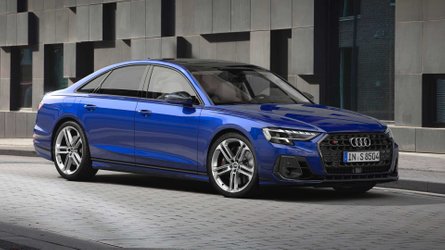 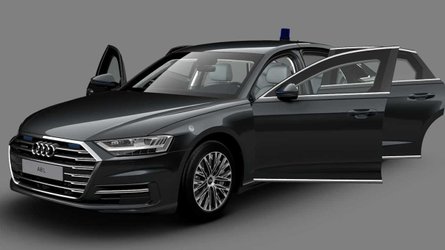 As for the oily bits, some might find it a surprise that it doesn't have a V8 engine. Instead, it uses a 3.0-liter, turbocharged V8 engine with a 48-volt mild-hybrid system. It's good for 340 horsepower (253 kilowatts) and 368 pound-feet (500 Newton-meters) of torque. As one would expect from an Audi of this caliber, it has Quattro all-wheel drive and shifts with an eight-speed automatic transmission.

If you want to take a closer look at the A8L Horch, you'll have to book a flight to China for that. For now at least, it's exclusive for that market, but there is no telling if Audi will offer it in outher countries as well. Given the success of the Mercedes-Maybach, it's definitely worth considering for Audi.