The completed build won't debut until the 2023 SEMA Show.

A 1960s Corvette C2 with a Lamborghini engine would be a match made in heaven for many enthusiasts. The restomod specialists at American Legends Builds made this dream into a reality with the assistance of designer Karan Adivi, who shaped the car's appearance.

Adivi posted the first renderings of the project on his Instagram account. His design maintains the spirit of the original but updates the details that make the look more modern. Most notably, the pop-up headlights are gone and skinny LED strips take their place in the nose. The front fascia looks like something from a machine on sale today, rather than a vehicle from the 1960s.

Along the side, the wheels now tuck into the top of the fenders. The shoulder line has a sharper shape, and the window lines appear to have a more angular appearance. At the back, there's the split rear glass from the '63 Corvette. The taillights now stretch across the entire width of the tail, rather than the dual, circular lights on each side from the original.

Creating this new bodywork might be the easiest part of the build. The bigger challenge is cramming a 5.2-liter V10 from a 2014 Lamborghini Gallardo LP 560-4 under the Corvette's long hood. In its original form, this mill makes 552 horsepower (412 kilowatts) and 398 pound-feet (540 newton-meters).

Chevrolet Performance offers crate engines with more power and torque than this – but they're never going to make the same sound as a Lamborghini V10.

In the Gallardo, this mill pushed the Lambo to 62 miles per hour (100 kilometers per hour) in less than 4.0 seconds. The performance estimates suggest this C2 should be even quicker.

The Lambo-powered C2 only exists in renderings for now. American Legends Builds plans to debut the completed vehicle at the 2023 SEMA Show, so we don't get to see it in the metal until next November.

Check Out These Restomods: 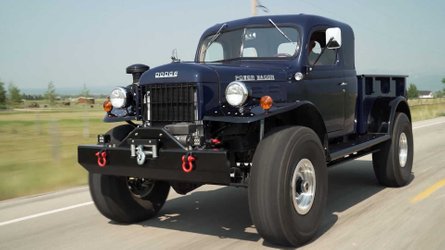 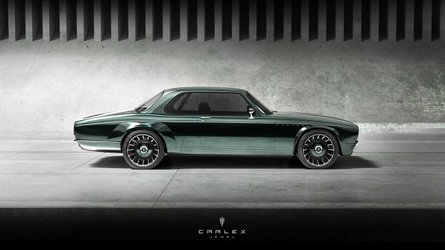 Check Out This Jaguar XJ-C Restomod By Carlex Design

By: Alberto Carmone
Translated by: Chris Bruce
++
++
Got a tip for us? Email: tips@motor1.com