2023 Kia Niro Revealed With All-New Design Inside And Out

It's safe to say the old Kia Niro didn't have the most daring appearance among small crossovers, electrified or not. The new one has significantly more pizzazz after being redesigned from the ground up, both inside and out. It's one of those somewhat rare occasions when the next generation of a vehicle looks basically nothing like its predecessor.

Of course, that's not always a good thing since some prefer when automakers play its safe rather than give their cars a radical overhaul. Depending on which side are you on, the 2023 Niro will be a love/hate affair as this type of exterior design is unlikely to leave you indifferent. It echoes other bold Kia models launched recently, including the larger Sportage SUV.

If the funky exterior seems a tad familiar, there's a good reason for that. The 2019 HabaNiro concept cues are quite evident, from the LED daytime running light signature to the contrasting rear pillar. The Niro HEV's two-tone alloy wheels with the "Y" spoke design also take after the showcar, as do the curved, sweptback taillights shaped like a boomerang.

We can't help but notice how wide the C-pillar is, which might make backing out of a parking space a bit of a pain due to poor visibility. Typical changes from concept to production include conventional front doors instead of the flashy scissor doors installed on the HabaNiro, along with the addition of rear doors and conventional mirrors replacing the cameras.

The interior has also been fully redesigned and looks significantly more upmarket while having a dashboard layout similar to that of the new Sportage. We're already familiar with Kia's side-by-side screens, with the infotainment being accompanied by quite a few separate controls for the climate settings and other functions. It's our preferred setup by having quick access to certain amenities without having to navigate through the menus.

The clunky gear lever of the previous Niro has been replaced by a sleeker rotary knob that frees up more space around the lower section of the center console. The new shifter is flanked by additional physical buttons for the heated and ventilated seats, heated steering wheel, auto hold function, and parking assistance system.

Interestingly, Kia says the headliner is made from recycled wallpaper while the seats consist of Bio PU with Tencel from eucalyptus leaves. Also created with sustainability in mind, the door panels are painted with BTX, which is a type of water-based paint without benzene, toluene, and xylene isomers.

The South Korean brand unveiled the crossover on the occasion of the 2021 Seoul Mobility Show, but without revealing any technical specifications. We do know it will once again come in hybrid, plug-in hybrid, and EV configurations. The market launch is scheduled for next year. 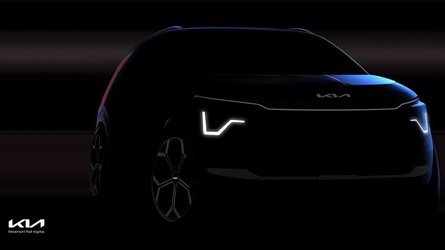 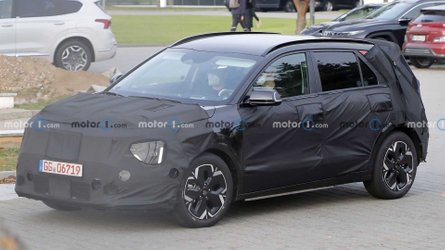