That's according to his LinkedIn page.

2022 is widely believed to be the last model year for the S550-generation Mustang as the seventh iteration of the iconic pony car is expected to arrive with the 2023MY. In February last year, Ford posted a job listing on LinkedIn, seeking to find an engineer for the S650 program earmarked to come to fruition for the 2023 model year. Fast forward to the present, LinkedIn is once again providing us with a clue in regard to the new sports car.

As discovered by a member of the Mustang7G forums, Pedro Maradei claims to have worked on the S650 Mustang program for five months, between July 2020 and November 2020. Specifically, he was involved in the "low and high pressure package analysis" for the 2.3-liter four-cylinder and 5.0-liter V8 engines, both of which are part of a hybrid powertrain.

As you can see from the screenshot from his LinkedIn account, Pedro Maradei has a lot of experience with the Mustang taking into account he was the product development engineer for powertrains for 10 years. He lists the next-gen sports car as a 2023MY, meaning it will be officially revealed at some point next year, with sales to commence either by the end of the year or early 2023.

While the hybrid engines have yet to be confirmed, it's not all too surprising Ford could be looking to electrify the EcoBoost and especially the naturally aspirated eight-cylinder mill. For its final year, the V8 installed in the S550 'Stang in GT and Mach 1 flavors is reportedly losing 10 horsepower and 10 pound-feet of torque to meet more stringent emissions regulations. Adding a hybrid component to boost efficiency would futureproof the powertrains in light of stricter laws and could also mean a first-ever AWD model if reports are to be believed. 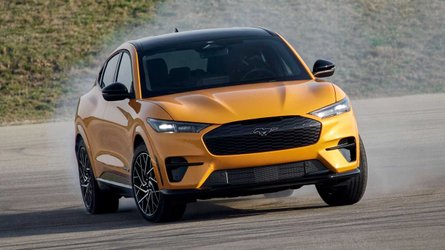 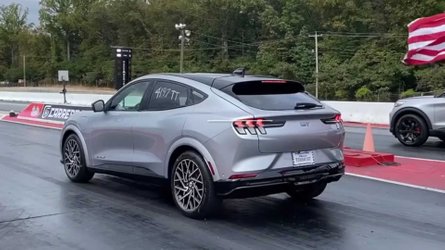 Why The Mustang Mach-E GT Is Great 0-60, Less So In The Quarter Mile

Speaking of rocking down to the electric avenue, Autoline Daily reported at the beginning of the year that plans are already in motion for an all-electric, two-door Mustang set to enter production in December 2028. The wild rumor mentioned Ford is going to discontinue the ICE-powered sports car altogether at that point, which would imply the S650 coming next year will be the last hurrah for the gasoline versions.