But is it for the better?

In case you've missed the memo, the Toyota Corolla is the most popular car in the world provided we take into account the many body styles it has received over the years. It has racked up more than 50 million sales to date, and the number will rapidly grow in the future now that there's a shiny new crossover carrying this moniker.

The Corolla Cross made its debut back in July 2020 for Thailand or nearly a year before Toyota introduced the US-spec model. While the two flavors of the compact crossover look pretty much identical, the Japanese version introduced today stands out with a slightly different design, especially if we're talking about the front fascia.

Not only do the headlights have different graphics, but the JDM version also gains a small (fake) grille insert above the badge, which by the way is a dedicated Corolla logo also used for the regular hatchback, sedan, and wagon in Japan. The main grille has been moved lower and it looks slightly wider on the version due to be sold in the Land of the Rising Sun.

The side profile looks virtually unchanged save for the market-specific alloy wheel designs, while the rear end hosts mildly modified taillights with new LED graphics. With the obvious exception of the right-hand-drive layout, the interior cabin appears to be identical to that of the global Corolla Cross, which isn't all too surprising as it's usually the exterior that goes through changes from one market to another.

While a hybrid version has yet to be announced for the US market, its Japanese sibling is getting an electrified 1.8-liter gasoline engine with an optional all-wheel-drive layout. Go for the E-Four models and the Corolla Cross will be upgraded from a torsion beam rear suspension to a more sophisticated double-wishbone setup.

Prices start at 1,999,000 yen (about $18,150 at current exchange rates) for the base gasoline-only model and rise to 3,199,000 yen ($29,100) for the AWD hybrid in the range-topping "Z" trim level. Those looking to spend even more can get in touch with Modellista as the Japanese tuner will be offering an aftermarket package for the Corolla Cross from day one.

It boasts everything from a more aggressive front bumper with a prominent splitter to chunky side skirts and body-colored fenders. Modellista will also throw in a bunch of garnishes and offer a selection of 17- and 18-inch alloy wheel designs. The renowned tuner has also made some minor tweaks inside the cabin for those looking to spice up the Corolla Cross.

The JDM-spec model goes on sale today and aside from buying it outright, it's also accessible through the Kinto One subscription service from only 27,390 yen ($250) per month, with taxes and insurance fees included.

A Corolla-Based Crossover Was Only A Matter Of Time: 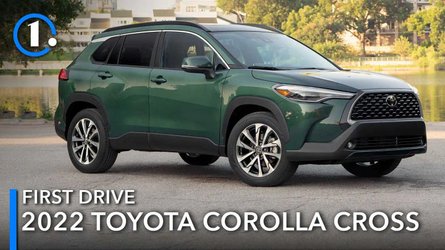 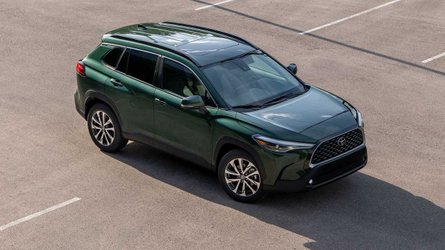