2022 BMW X1 Spied Inside And Out Showing More Details

The next-generation BMW X1 returns in a new set of spy photos which our photographers located in Europe just sent us. Caught testing on public roads with all the camouflage you’d expect from an upcoming BMW product, two prototypes were spotted and one of them even showed parts of its interior. We’ll get to that in a minute but first, let’s take a look at the exterior.

The German automaker is trying to trick us with these two trial cars as it is mixing parts we’ve already seen with components that are new to us. One of the prototypes, for example, had its production lights at the front - something we saw a few weeks ago - but a lot of disguise covering its front bumper. The other test car, in turn, had less camo on the bumper but featured provisional headlights. Combining what can be seen from the two cars probably gives us a good picture of what to expect.

We are happy to report BMW will keep the kidney grille almost unchanged compared to the outgoing X1. It may be just a tad bigger judging by these photos but it’s definitely not anywhere near the size of what the new 4 Series family has. In a combination with the sharper headlights, the grille contributes to a front fascia that’s more aggressive and very well proportioned.

The first interior shots of the next-gen X1 show the premium crossover’s cabin will share many components with the new 2 Series Active Tourer. Don’t worry - it may look unfinished (and that’s because it is), but those missing plastic covers around the steering wheel will be intalled and the somewhat weird arrangement of the center console will be gone for the final production model. One thing we already like is the three-spoke steering wheel.

Depending on the region, the new X1 will be offered with gas, diesel, hybrid, and plug-in hybrid engines. We expect it to arrive in the US next year and several months before that, customers in Europe will be able to place an order. Look for a full debut in the next few months. 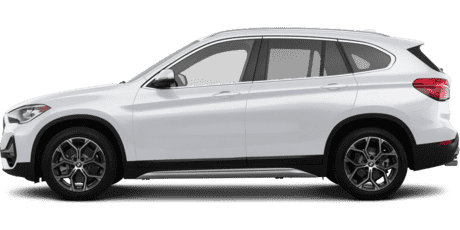