Next BMW M5 Will Reportedly Be A 750-Horsepower PHEV V8

But it won't be the most powerful member of the new 5 Series family.

The next-generation BMW 5 Series is already out on the streets, albeit in camouflaged form. We spied the Bavarian sedan for the first time in July this year and we know at least a little about its overall shape and size. Not much was known about its underpinnings until now, though, but a new report shines more light on what will be hiding underneath the skin.

Autocar outlines the technologies that will be used by the next-generation model and emphasizes the fact that the new 5 Series will be heavily electrified. It will be available with either a combustion engine or a hybrid setup, while we know for a fact a fully electric model is also under development. Perhaps of greater interest for the BMW enthusiasts will be the new M5 which will reportedly rely on a plug-in hybrid powertrain.

According to Autocar, the electrified system will combine BMW’s S63 twin-turbo V8 combustion engine with an electric motor for an additional 200 horsepower (149 kilowatts). The combined output of the system could reach the 750-hp (559 kW) mark which should be enough to compensate for the added weight of the electric motor and batteries.

Just like today, BMW is also planning a model to sit below the full-blown M5, though it might lose its V8 engine in favor of a hybridized 3.0-liter inline-six. According to Autocar, it could be an uprated version of the 545e plug-in hybrid with a power of approximately 500 hp (373 kW). The N63 twin-turbo V8 will most likely be retired as it dates back to the first-gen X6 and it will be too expensive to upgrade it to meet the upcoming Euro 7 emissions standards. 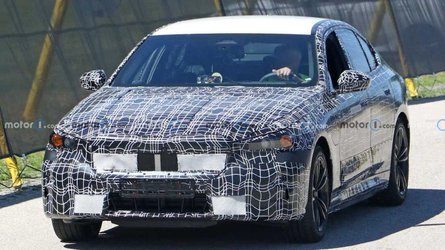 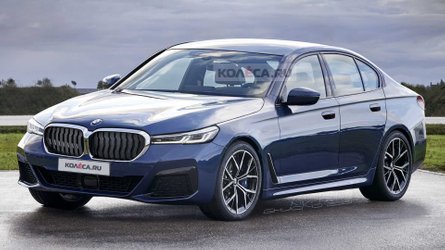 The British publication also claims the 5 Series range could get a new range-topper in the form of an all-electric performance model based on the i5. It may be too early to tell for now but it may arrive with an output of approximately 800 hp (597 kW) and outperform the M5.