From concept to production, changes couldn't be helped.

Here's a thought: whenever your ride a car, whether as the one behind the wheel or just a passenger, have you ever imagined how the whole vehicle interior design came to fruition? I bet you haven't and that's okay; it isn't actually a big deal.

Then again, vehicle cabin designs are just as important as exterior design studies. They all start with sketches, and General Motors wants to share the process with its fans by posting early sketches of its artists via its General Motors Design Instagram.

The latest upload was for an interior design sketch for a Chevy, created by one of GM's designers, Yongbang Ho⁠. You may see it as the lead image at the top of this page, but one can't deny that it's actually the early years of the Chevy Trailblazer before the small crossover reached its production form. 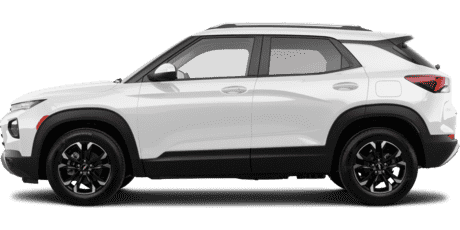 save over $3,400 on average off MSRP* on a new Chevrolet Trailblazer

As you can see, the design study looks more emphatic than the production form, and understandably so. Before reaching their final form, these designs need to face tweaking to allow better ergonomics and functionality, combining form and function. Notable of which is the increased size of the air-conditioning vents in the production version for obvious reasons.

The Chevy Trailblazer has been a fast-seller for the automaker, not sitting on dealership lots last year for more than 19 days on average. With America's hunger for high-riding SUVs and crossovers, that didn't come as a surprise. It was also awarded as Wards Auto's 10 cars with the best user experience in 2020.

General Motors Design Instagram publishes interesting insider takes on the company's design journey, so might want to check it out if you have so much time in your hands right now.