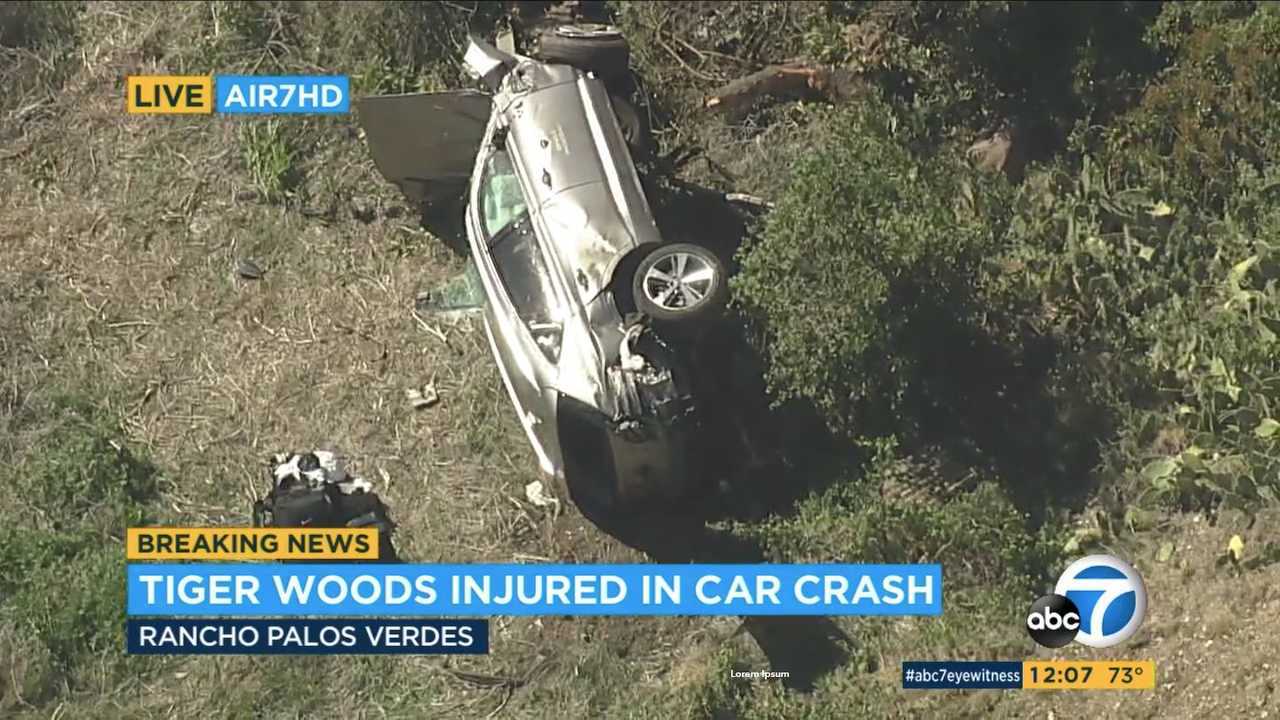 The golfing legend had to be extracted from the crash.

Update 2: In a press conference, officials from the LA County Sheriff and Fire Department confirmed Tiger Woods sustained serious injuries to his legs in the accident, but was stable and conscious at the scene. Woods showed no signs of impairment at the scene. The accident occurred on Hawthorne Boulevard, on a downhill stretch with a curve that sees a higher-than-normal frequency of accidents. An estimate of speed in this crash is not available at this time; an accident investigation is underway and could take days or weeks to complete. Woods' Genesis GV80 ended up "several hundred feet" from the center divider in the roadway.

Previous reports indicated the "Jaws of Life" were used to free Woods from the crash. According to LA Fire Department officials, this is incorrect. Tools were used to pry the windshield from the SUV, and Woods was extracted that way.

Update 3: Los Angeles County Sheriff Alex Villanueva said in a press conference that the Genesis GV80's cabin remained mostly intact and the airbags deployed as designed, giving Woods the "cushion" to survive the severe accident. The golfer was wearing his seatbelt.

Final: A message from Tiger Woods' Twitter account states that he suffered "significant" injuries to his lower right leg, including open fractures and trauma to muscle and soft-tissue. The full Twitter statement is embedded in the article. The accident investigation is ongoing and could take weeks, but Woods showed no signs of impairment at the scene

American professional golfer Tiger Woods was injured in a nasty-looking single-vehicle accident this morning. Details are filtering in, but multiple reports state Woods was alone in an SUV when it rolled over and crashed near Rancho Palos Verdes, not far from Los Angeles in Southern California.

According to the LA County Sheriff's Office, the accident occurred at approximately 7:12 AM PST. A cause for the crash hasn't been determined yet, but Woods was the only person in the vehicle. LA County firefighters pried the windshield free and extracted Woods, after which he was transported to nearby Harbor-UCLA Medical Center. The LA Times reports the vehicle as a Genesis GV80, which was confirmed to Motor1.com in an official statement from a Genesis representative:

"This morning, Genesis was saddened to learn that Tiger Woods had been in an accident in a GV80. Our thoughts and prayers are with Tiger and his family at this time."

ESPN cites Woods' agent Mark Steinberg as confirming the golfer was involved in a single-car accident and received multiple leg injuries that require surgery. Woods' official Twitter account posted an update late on February 23 outlining the severity of the injuries to his right leg. At this time, it's unclear if the injuries will end his professional golfing career.

Genesis recently partnered with the PGA Tour for the 2021 Genesis Invitational, which took place February 18 - 21 at Rivieria Golf Course near LA. Woods served as the host for the event, and it's believed this particular GV80 was a courtesy vehicle. A Genesis logo is clearly visible on the passenger door, with Genesis Invitational showing up beneath it. Debuting just over a year ago, the GV80 is the first SUV from Genesis.

We will continue monitoring this story and provide updates as they are available. In the meantime, our best wishes go to Woods for a quick recovery.