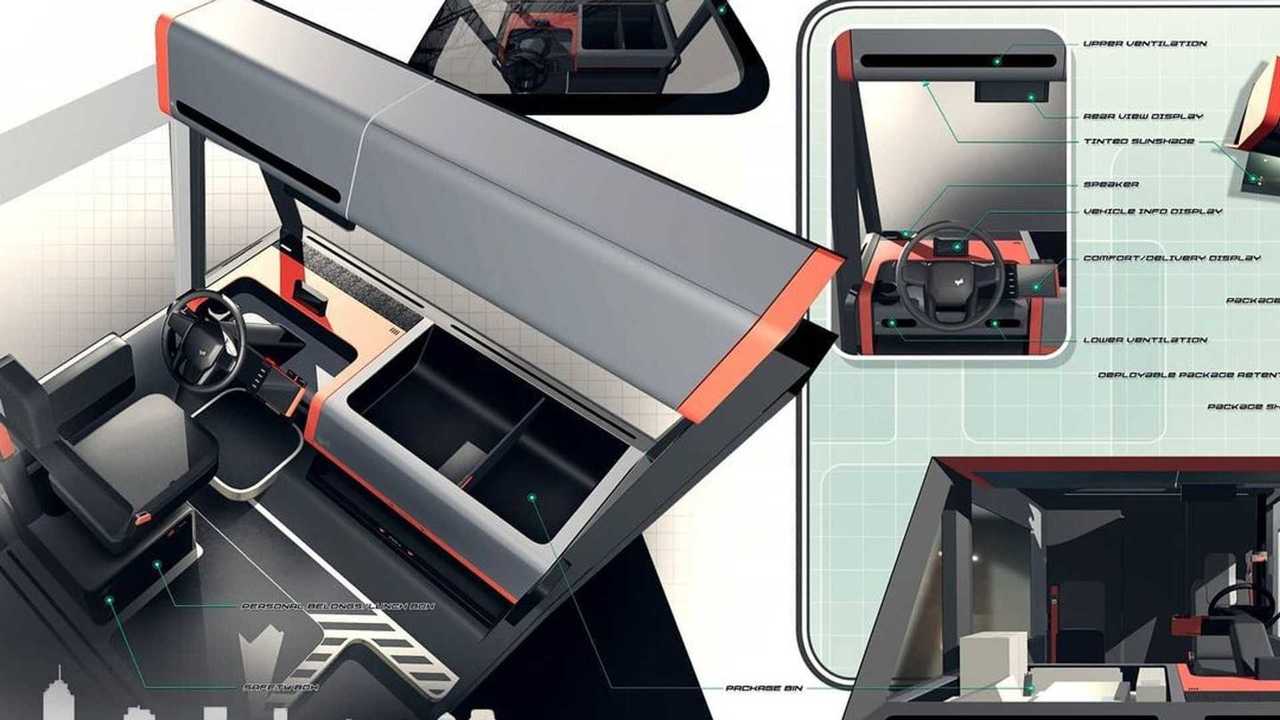 The emphasis is on making the driver's job easier.

The General Motors Design Instagram page is providing a glimpse of the early design process for the upcoming Brightdrop EV600 cargo van. The two renderings show designer Thiago Afonso's effort to give the electric delivery vehicle a highly functional cabin.

Afonso rendered the EV600's interior with lots of cubbies and storage spaces for efficient organization. The right side of the dashboard has a large bin where drivers could store items that they need immediate access to. There's also a roof-mounted shelf with a door for stowing more stuff.

Afonso also imagined the EV600's cabin incorporating lots of amenities for making the driver's job more comfortable. There's a sunroof to bring more natural light into the cabin. An HVAC vent is located into the roof for blowing downward, and there are also vents just below the steering wheel. For better outward visibility, there's a rearview mirror camera display.

Unfortunately, GM has not yet provided a detailed look inside the EV600. It's not clear how many of Afonso's ideas make the transition from these renderings to the real thing. The images reveal the design team's focus on creating an efficient work environment for drivers, though.

Is This Future Of Package Deliveries:

GM unveiled the Brightdrop brand during its 2021 CES presentation and promised a full introduction later in the year. The van uses GM's Ultium batteries and is allegedly capable of covering 250 miles on a charge. It can allegedly regain 170 miles of range in an hour on a 120-kilowatt DC fast charger. Plus, there is 600 cubic feet of storage space for hauling cargo.

The EV600 is designed to work with BrightDrop's EP1 electric pallet. It can carry up to 200 pounds of cargo for autonomous, short-distance deliveries from the van to your door.