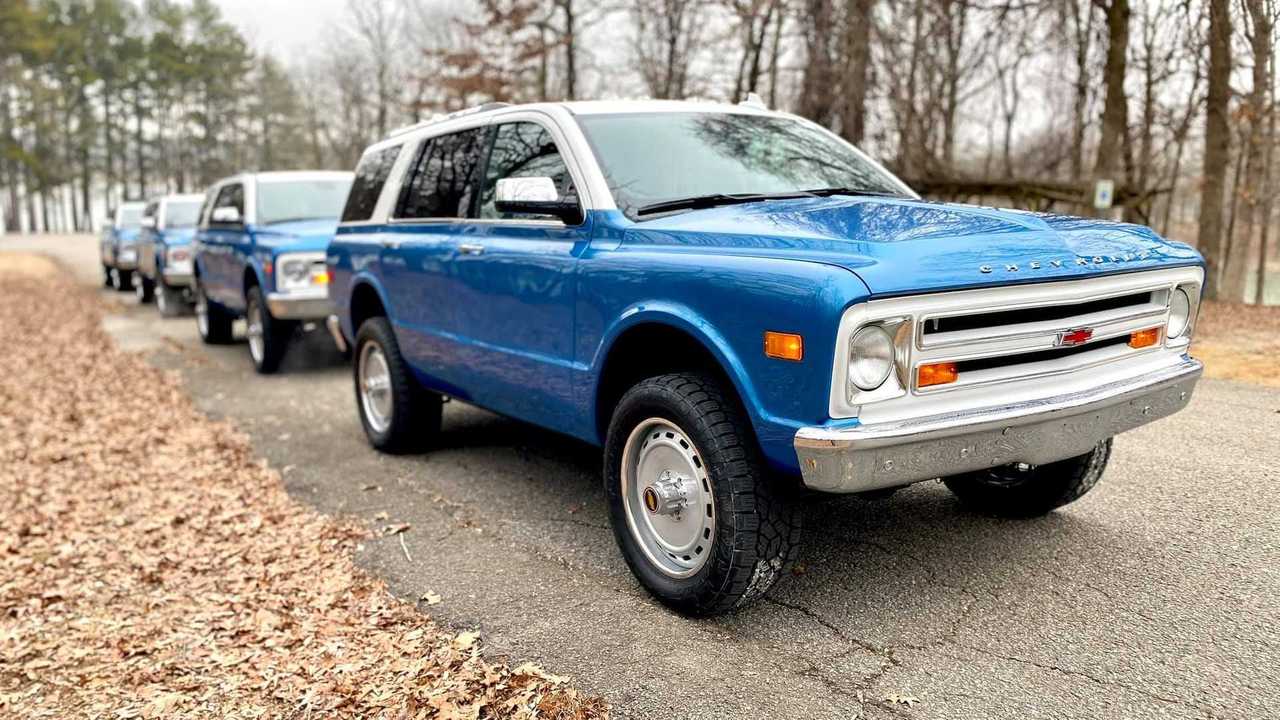 They have classic looks and modern amenities.

In 2019, Flat Out Autos converted a Chevrolet Tahoe into a homage to the classic K5 Blazer for the SEMA Show. The response was so good that people requested more. The shop just completed four of them and staged a photoshoot before shipping the SUVs.

The company received an order for four identical K5 conversions. All of them have a blue lower body and white upper portion.

The design of these SUVs takes inspiration from the K5 Blazer in the late 1960s where there's a crosspiece through the center of the grille. Circular headlights are on each corner of the front end, and there are chrome bumpers. A new hood and body panels give the rig the properly chiseled look from the old-school model. The rear hatchback is carbon fiber. The company also adds milled door handles for an appearance more like the original.

Using the Tahoe as a starting point means that these vehicles have to be four-doors, rather than the two-door layout of the K5 Blazer. The roof doesn't come off like on the classic Chevy.

According to a reply on Facebook, Flat Out Autos says that it's currently building another of these rigs with the more open grille from the '72 K5 Blazer. This one wears a Mustard Ocre yellow body, which should be an eye-catching color on such a big vehicle.

Revivals Of The K5 Blazer:

Underneath the retro body, the chassis and mechanicals come from the previous-gen Tahoe.

If you want one of these machines, Flat Out Autos charges $69,000 for the conversion. This price covers all the parts and labor, in addition to repainting the body. The buyer needs to supply a 2015 to 2020 Chevy Tahoe or GMC Yukon.