This 1999 Winnebago Realta RV Up For Auction Has Less Than 3,000 Miles

Back in October 1999, just about the time when people were panicking about the Y2K bug, someone bought a Volkswagen Eurovan and had it converted into a Winnebago Rialta 22HD motorhome specification. It was sold by Macdonald’s RV Center of Plainville, Massachusetts, but it would seem like the buyer stored the vehicle right after acquisition.

After 21 years, the dealer reacquired the vehicle and put it up for auction. The mileage? Just 2,600 miles and for a car that's meant to be driven in long distances, this is practically new.

Even better, the purple trim and Rialta decals on this RV for sale are screaming '90s, so you're pretty much looking at a time capsule from the Jordan era's aftermath – though those purple accents were more of a Utah Jazz thing, don't you think? But I digress.

Anyway, the cabin's faithful to the '90s vibe, featuring Cyber patterned seats (sliding/swiveling up front), a cassette stereo, rubber floor mats, and air-conditioning knobs. Don't fret, it has cruise control too for driving convenience, while the rest of the living space features a kitchenette, a dining area with identically patterned seats that convert to a bed, and a bathroom with a toilet and a handheld shower-head sprayer. 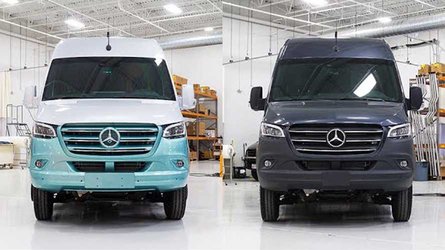 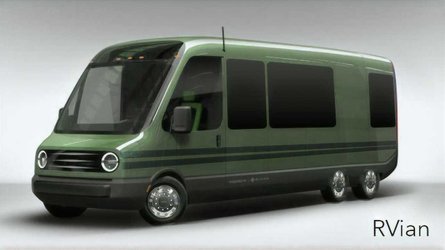 Powering this '90s time capsule is a narrow-angle 2.8-liter V6 that's mated to a four-speed automatic transmission. With several years in storage, this Winnebago Rialta didn't run smoothly when it was acquired, according to the dealer. That was until fresh fuel and injector cleaner were added. The dealer also noted that there was corrosion on the exhaust system and the leaf springs, though the Carfax report doesn't show any accident or damage since 1999.

You have a few days before the hammer falls on this 1999 Winnebago Rialta 22HD, which has a current bid of $22,000 as of this writing.