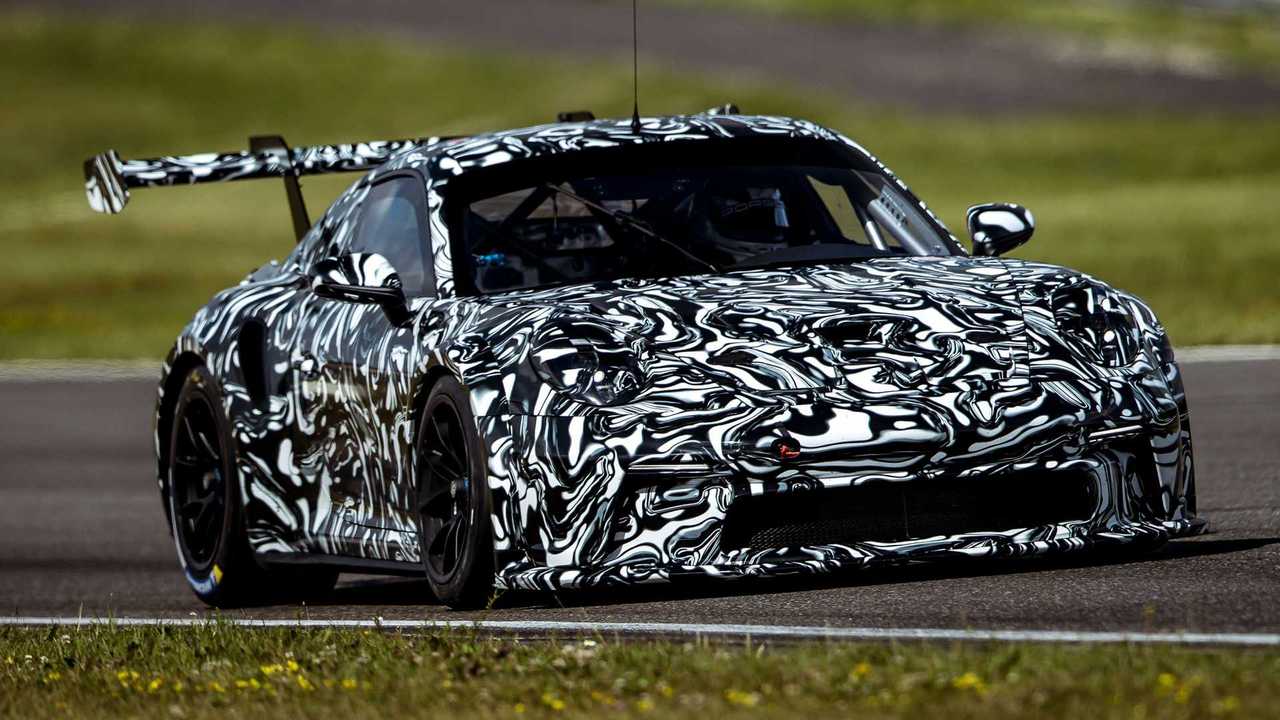 A new star is born?

[UPDATE] Porsche has released additional teaser images, ahead of December 12 when technical specifications will be announced.

The Porsche Supercup flies under the radar as one of the great springboards for a young driver’s motorsport career. It has produced LeMans winning drivers like Earl Bamber and Brendon Hartley, a DTM champion in René Rast, and the most recent GTLM Champion in the WEC, Nicki Thiim amongst others. As one of the premiere feeder-series in the world, Porsche will release a new car later this month for use in the near future.

Improvements are unknown, but it looks like the new competitor will draw a lot of inspiration from the new 911 RSR. It’s difficult to be completely certain of the exact changes, but one big area we see is in the rear-wing; just like its bigger brother, this looks to be a goose-neck style example that hangs from the supports rather than sitting on top.

Other big advancements are much harder to spot as the rest of the car is shrouded in camouflage to avert our eyes from any new contours. The only other big change we can be sure about is the mirrors, which also appear to be inspired by the RSR’s – these are very boxy in comparison to the normal curvy aesthetic.

Aside from the fundamental changes on the car, it comes bearing a very special camouflage. As we all know, manufacturers spend countless hours keeping these types of projects under wraps; as such, the new 911 GT3 Cup concept comes wearing a bespoke racing-inspired camo. Porsche says that the pattern features abstract versions of the race tracks on which the series is held.

It’s no surprise that the German automaker is a powerhouse in many areas of endurance racing, but it’s refreshing to see the commitment to lower series like the Porsche Supercup which are paramount in driver development.