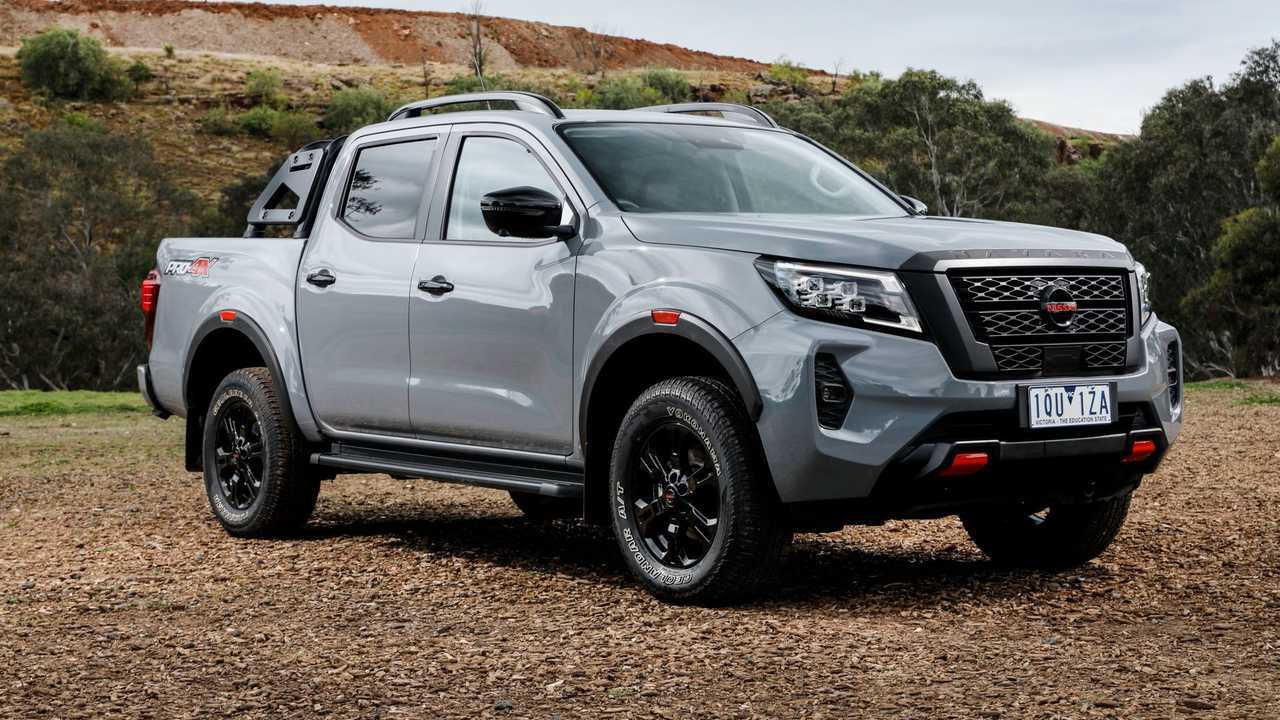 The Frontier for South America has been substantially updated.

While North America is patiently waiting for the new Frontier, Europe is getting an updated Navara and so is South America where Nissan confusingly uses the same Frontier badge for an entirely different truck. You can immediately tell it’s the updated version by looking at the LED lights at the front with C-shaped daytime running lights lending the pickup truck a more modern appearance.

Nissan’s design team also spent some time tweaking the front grille with the Navara / Frontier lettering etched onto the top part just so you don’t confuse it with something else. The discreetly revised LED taillights are also part of the nip and tuck, and so is the revised tailgate prominently showing the model’s designation.

One of the most significant changes brought by the facelift is a swanky PRO-4X version. While the US-spec Frontier PRO-4X is geared towards off-roading, the European / South American trim is essentially a styling package. It does bring off-road tires, but the rest of the changes are purely cosmetical, namely blacked-out accents and some orange touches here and there.

There are some changes underneath the skin as Nissan has beefed up the rear axle and increased the truck’s payload capacity. Not only that, but the Navara has a greater bed volume than before as well as a new step built into the rear bumper to easily access the bed. Low-speed maneuverability has been improved courtesy of a newly developed steering rack, which also pays dividends in terms of steering response.

The US-Spec Frontier Is Coming Soon:

The 2021 Navara and its South American sibling boast an extended array of safety features, including forward collision warning, emergency braking, and rain-sensing wipers. The new around view monitor makes use of four cameras to see the truck’s surroundings, plus an off-road monitor suitable at low speeds in four-wheel drive mode.

While the interior looks quite familiar, the silver lining is an updated 8-inch infotainment system and a 7-inch digital driver’s display with a higher resolution. There’s a new steering wheel and updated instrument panel styling while in the back the seats have updated seat cushions and backrests for greater passenger comfort. In addition, Nissan has added more soundproofing corroborated with laminated front windows and windshield.

The press releases published by Nissan Global for the Navara and Nissan Mexico for the South America-spec Frontier don’t mention any changes to the engines, which leads us to believe these will be carried over. It will initially go on sale next month in Thailand, with other markets to follow shortly.