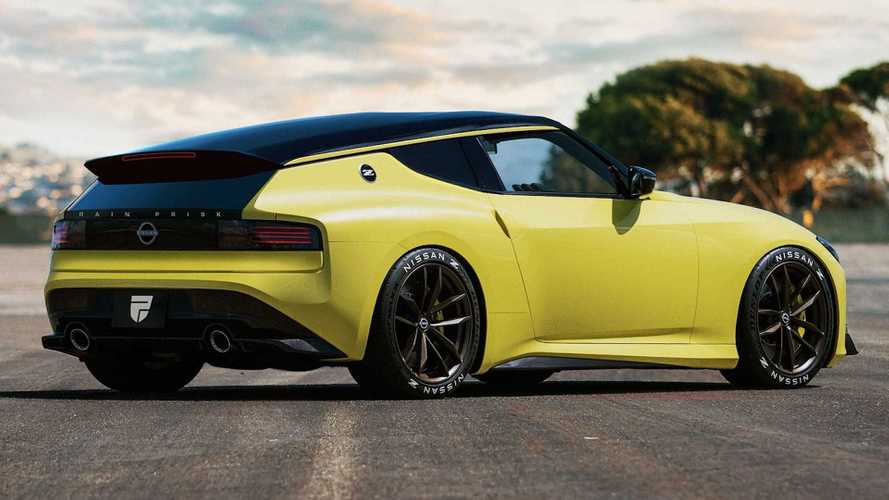 Earlier this week, Rain Prisk brought a different flavor to the recently-unveiled Nissan Z Proto – in the form of a sand-eating, safari-ready Z off-roader with a roof-mounted tent. We saw that rendering as a possibility, considering the bevy of Safari Porsche 911s and Off-Road Miatas we've seen before.

This time, the digital artist brings us a shooting brake version of the much-awaited next-generation Z car. At an initial glance, it doesn't look half bad and that's mainly because we're looking at its rear end, not showing us the controversial rectangular grille.

Kidding aside, we like how a simple lifting and extending of the roof can add a great deal of style to the already stylish prototype. Maybe because the blacked-out tailgate creates a flowing illusion to the rear graphics, or a shooting brake body style fits the 370Z successor really well regardless of the color.

In any case, as this is a fan rendering, we won't likely see this in the metal but then again, that isn't impossible at all. Remember that someone out there has made a Rolls-Royce shooting brake, so a coupe-to-shooting-brake conversion will always be on the table. It's just a matter of who and when.

Rain Prisk isn't done yet with his Nissan Z Proto project. According to his Facebook post, which we embedded above, we can expect a mid-engine and widebody versions from him, which could happen soon.

The Nissan Z Proto shooting brake adds to the list of unofficial fan renderings, which include an SUV, a roadster, a Nismo, and a sedan. Expect more of these in the weeks and months to come, and of course, don't forget that the official production version is still arriving by next year.