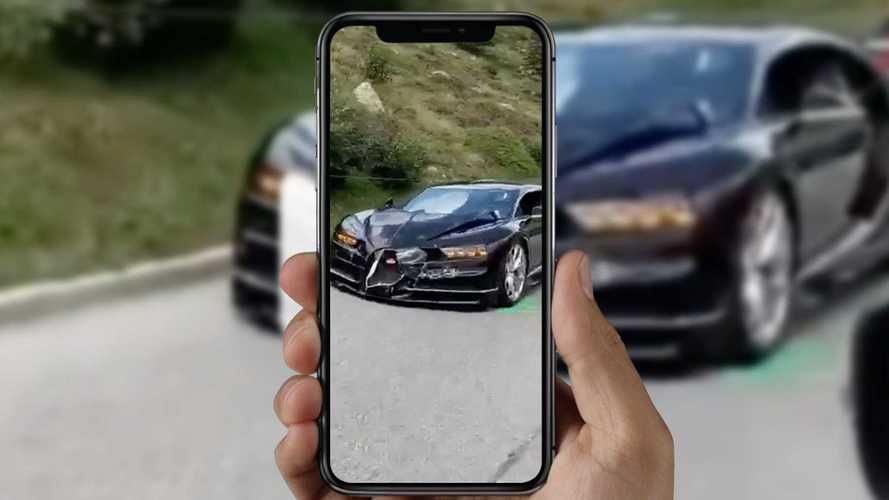 Before diving into this story, we are told that nobody perished in this crash but at least one person allegedly sustained injuries bad enough to require a hospital visit. Considering the cars and location involved, it could have been worse.

How much worse? Imagine driving a car with 1,500 horsepower (1,119 kilowatts) on a tight, twisting, mountain road. Specifically, that road is Switzerland’s Gotthard Pass – world-famous for its curves, tunnels, and exceptional scenery as it climbs and descends through the Swiss Alps. It’s certainly a mecca for folks seeking a thrilling drive, but it’s also a road that sees plenty of camper traffic in the summer months. Unfortunately, that can lead to some frustration from other drivers, and occasionally, bad decisions.

That may have been the case in this crash, which according to the website 20min.ch involved a big motorhome, a Mercedes-Benz wagon, a Porsche 911, and the hyperest hypercar of them all, a Bugatti Chiron. Apparently, the Chiron and Porsche were following a pack of cars when the Bugatti driver decided to overtake. The Chiron was towards the back of the pack behind the Porsche, which moved out in front of the Chiron to pass at the same time. The two cars collided, which sent them into the Mercedes. The Bugatti also struck the motorhome.

Patience Is A Virtue:

Ferrari F40 Crashed In Australia, But It Looks Salvageable
⠀

The Instagram video shows moderate damage to the front of the Chiron, with extensive damage to the Porsche. We only get a passing glimpse, but it appears to be a 911 Carrera GTS. The Mercedes doesn’t appear in this clip, but it’s seen briefly in the video below from Bear Bogu on YouTube. It’s hard to suss out damage to the Merc, but it’s easy to see the scary cliffs on the side of the road.

According to the report, the Gotthard Pass was closed for three hours while the mess was cleaned up. Hopefully everyone involved makes a full recovery, and for the rest of us, it’s a stark reminder that exercising a bit of patience behind the wheel is never a bad thing.