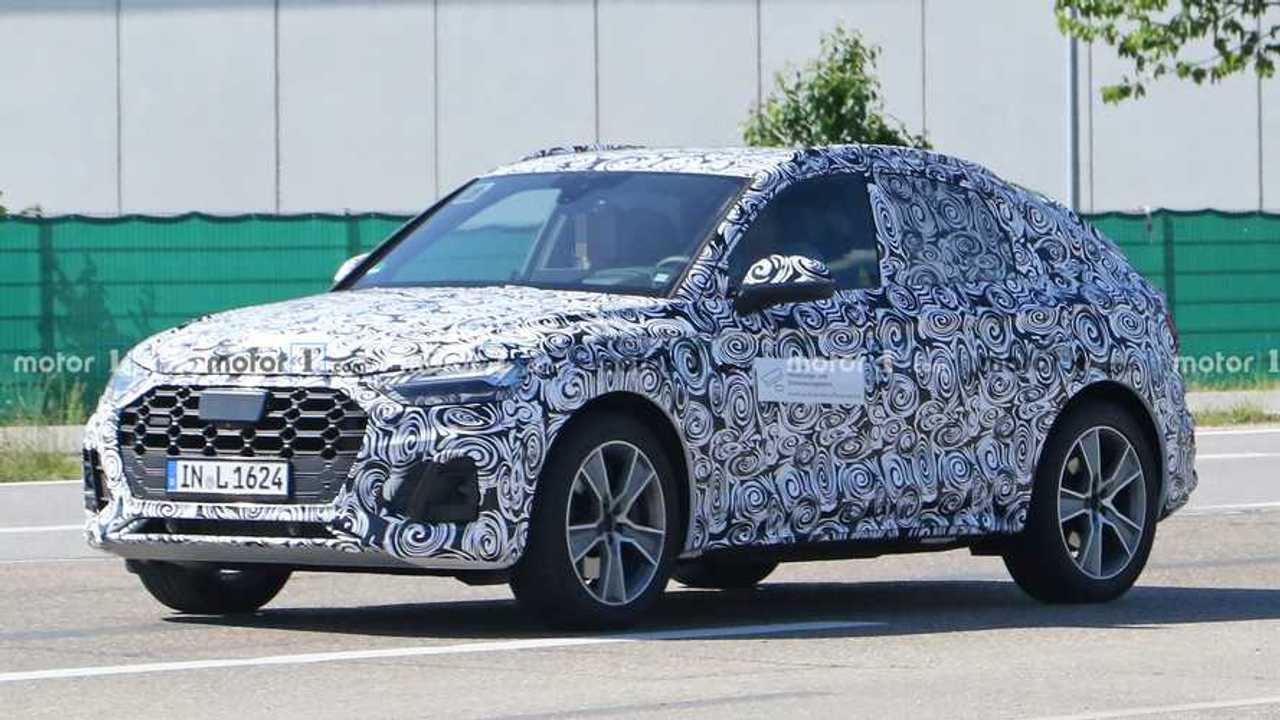 It should debut later this year alongside the refreshed Q5.

Audi will soon give its Q5 SUV a sleek companion – the Q5 Sportback. We first heard about the new variant back in March when Audi confirmed rumors there’d be a coupe-like Q5 on the way. Today, new spy photos give us our first look at the sloped-roof crossover, though the company has done an outstanding job hiding the crossover’s finer details under a full wrap of swirly camouflage. One thing Audi couldn’t hide, though, is the crossover’s undeniably coupe-like profile.

The new Q5 Sportback will join a refreshed Q5 that should debut later this year, and we expect many of the changes Audi will make to the facelifted Q5 to show up on the new Q5 Sportback. That means we’ll see a revised front fascia, new lighting elements, and other subtle changes over the outgoing model. The Sportback will receive additional changes like a squished roof at the back and a unique rear-end design that’ll accommodate the sleeker profile.

The Q5 Sportback will also receive the Q5’s updated interior. This is a midcycle refresh, so customers should expect modest changes. Rumors suggest the dash-mounted infotainment touchscreen could grow to 10.1 inches while Audi will likely update the software with its MMI infotainment system. While there’s no word on the crossover’s powertrain, we expect the current lineup of engines to continue service, though there could be a few tweaks to improve emissions and fuel efficiency.

The Q5 Sportback will give Audi a direct competitor against the BMW X4 and Mercedes GLC Coupe. A sportier SQ5 Sportback is possible along with a full-on RS Q5 Sportback performance crossover. We expect Audi to reveal the facelifted Q5 later this year, and the Sportback variant should arrive alongside it. When it does, we’ll bring you all the details. Until then, watch this space for the latest news and rumors.