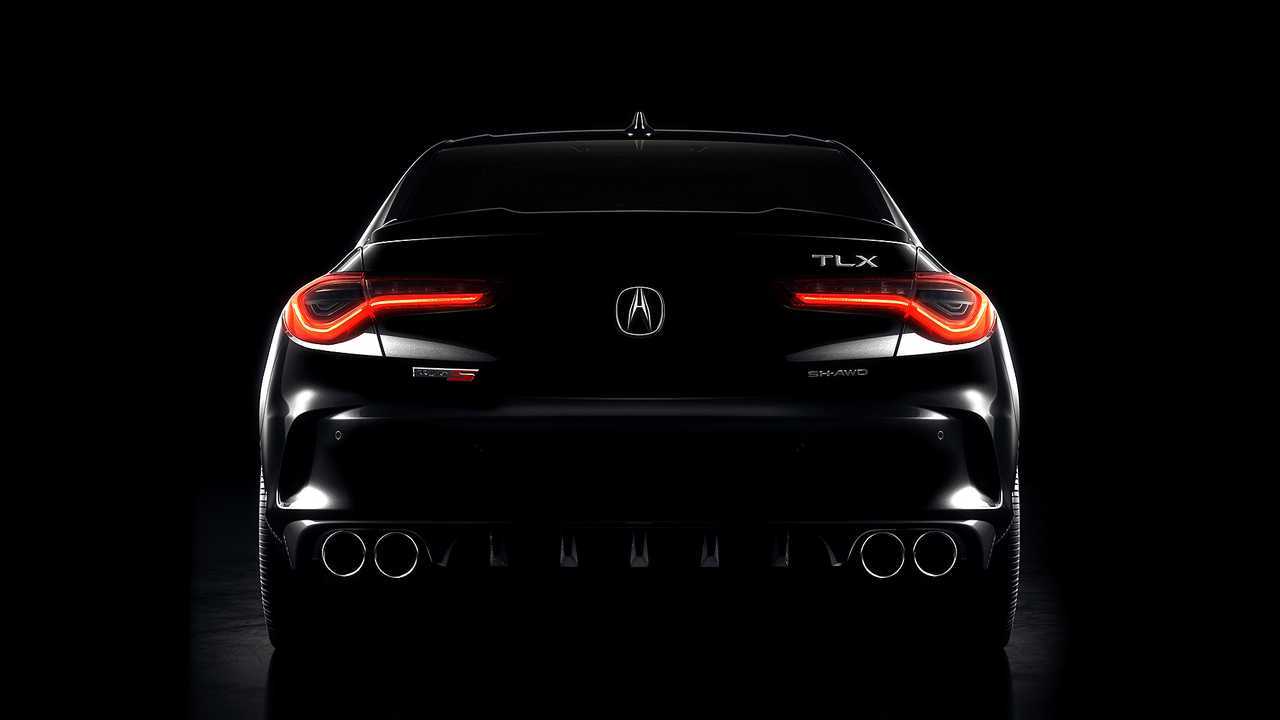 The new sedan debuts on May 28th.

Acura’s plan to reaffirm itself as a performance-focused brand takes a big step in the right direction with the return of the Type S variant. The new 2021 Acura TLX, which will debut digitally on May 28th, comes with a range-topping Type S model, the first car to wear the nameplate in over 10 years. It will also be the maiden voyage for the brand’s new turbocharged 3.0-liter V6.

Beyond that, the details are still scarce. We’ve already had a peek at the new car, thanks to a recent leak, but that didn’t include any design details on the Type S. Accompanying the announcement is a teaser image of the new Type S, which we brightened a bit to highlight more details. The image shows off the car’s rear end, punctuated by four massive quad exhaust tips, a tasteful trunk lid spoiler, and a rear diffuser. Look closer and you see two badges: Type S on the left and SH-AWD on the right. The latter denotes Acura’s Super Handling All-Wheel Drive system of course, which the new Type S will use.

As for the turbo 3.0-liter V6, we’re still left in the dark on output or acceleration times. The only other turbocharged six-cylinder in the brand’s stable right now is the NSX, which uses a twin-turbo 3.5-liter V6. The 2020 TLX uses a naturally aspirated 3.5-liter V6, which is good for 290 horsepower (216 Kilowatts) and 267 pound-feet (362 Newton-meters). With the return of Type S, our fingers are crossed for a power figure approaching or eclipsing 400, though Honda and Acura have never been huge on overwhelming horsepower.

Hopefully, Acura fills in some of those blanks in the coming days with the car’s official debut. But even a dark, vague teaser image is enough to temporarily invoke memories of a brand that once made fantastic sports cars and is trying once again to do the same.