It's the only vehicle to tip over during the small-overlap test.

Last week, a video from the Insurance Institute for Highway Safety (IIHS) came to our attention. With over 85,000 views in five days on our video and nearly 800,000 on the IIHS clip, it's certainly on the minds of others around the world. To refresh your memory, the current Jeep Wrangler Unlimited was subjected to the IIHS small-overlap 40-mph crash test on the driver side. It actually performed well according to the standard metrics of the test, but the resulting collision caused the Wrangler to tip on its side – something no other vehicle has done. As a result, IIHS gave the Wrangler a Marginal rating for the driver-side overlap test. 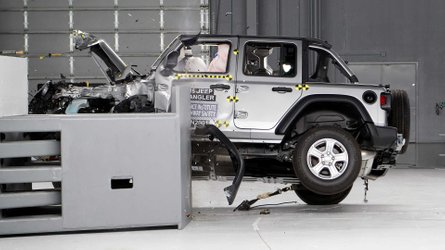 Now, a report from Jalopnik claims that Jeep is looking into changes for the Wrangler as a result of this. This information allegedly comes not from Jeep or Fiat Chrysler Automobiles, but rather, an IIHS representative who reportedly said FCA was “working on changes to the Wrangler” but stopped short of detailing those changes. Motor1.com contacted IIHS regarding this claim, and a representative confirmed its accuracy. Specifically, we were told that FCA said "they're looking at making changes to address the outcome in our driver-side small overlap crash test," but no details or context was provided beyond that.

We also received a statement from FCA regarding this situation. No comment was offered regarding the alleged changes, but the automaker points out that the current JL Wrangler meets or exceeds federal safety standards. Here is FCA’s statement in full.

FCA has produced more than 500,000 of these vehicles. By conservative estimate, they have accounted for 6.7 billion miles of on-road driving. From this population, we are unaware of any incidents that correlate to the vehicle dynamic portion of the IIHS test result. With more than 75 available safety and security features, the Jeep Wrangler Unlimited meets or exceeds all federal safety standards and continues to win acclaim from news organizations and consumer groups. Since its 2017 introduction, the vehicle has earned one award nearly every eight weeks for attributes ranging from capability to residual value, and for achievements such as highest customer loyalty and SUV of the year. No single test determines vehicle safety. FCA routinely monitors third-party evaluations and factors such findings into our product-development process. We design our vehicles for real-world performance. And real-world data, along with continuing demand, indicate the Jeep Wrangler Unlimited meets or exceeds customer expectations.

Without having context for the IIHS statement, it’s extremely difficult to draw definitive conclusions. The FCA statement does say the automaker “monitors third-party evaluations and factors such findings into our product-development process,” but that implies any changes might simply be part of the normal, mid-cycle refresh process. FCA's statement also makes a clear mention of designing vehicles for “real-world performance” which might be the automaker throwing a bit of shade on the IIHS front-overlap test.

In other metrics, IIHS reports that the Wrangler earns good ratings in the moderate overlap front, side, roof, and head restraint evaluations. It garnered a superior rating for its optional vehicle-to-vehicle front crash prevention system. Headlights – both base-model halogens and optional LED units – received poor ratings. 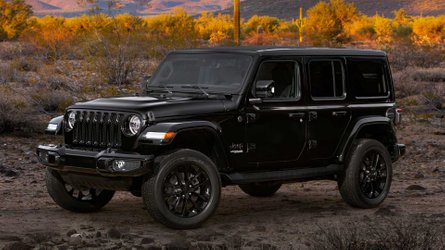 2021 Jeep Wrangler Getting Additional Updates To Fight The Ford Bronco 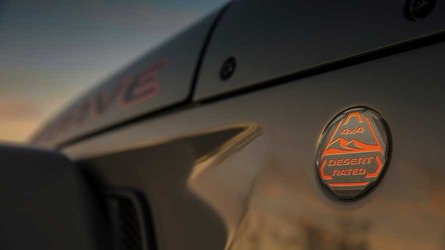