They can't take away our dreams.

Priced at the equivalent of nearly $200,000 in Italy, the Alfa Romeo Giulia GTAm is easily one of the most expensive sedans in the world. Being a hardcore track-focused version, it means you also have to sacrifice some of the amenities to shave off weight in the same vein as Jaguar did with the XE SV Project 8.

The Gran Turismo Alleggerita Modificata does away with rear seats, so why even sell the car with rear doors in the first place? It would’ve required a bigger investment on Alfa’s part to create a new body, which wouldn’t have made sense from a financial point of view since the GTAm is limited to just 500 examples and that includes the more road-friendly GTA.

Our friends at Car Lifestyle on Instagram have sent us a rendering exploring the idea of a Giulia GTAm coupe after removing the rear doors altogether. They also tinkered with the roofline to better fit the swoopy coupe bill, resulting in a worthy opponent for the BMW M4 GTS. As nice as this design exercise might be, it’s only a pipe dream as Alfa Romeo has no intention to introduce a coupe variant of its sports sedan.

As a matter of fact, don’t hold your breath for a new coupe to carry the Alfa badge since the revival of the 8C and GTV has been canceled. The mid-engined 4C is also on its way out due to slow demand, and we can say the same thing about the Giulietta as the aging hatchback will die later this year. The Italian brand knows there’s money to be made in the SUV segment, which is why the Stelvio will be joined by a smaller Tonale in 2021, with a subcompact crossover planned for a 2022 release.

save over $3,400 on average off MSRP* on a new Alfa Romeo Giulia

As much as Alfistis would like to see a new coupe, the crude reality is demand wouldn’t be high enough to justify the development costs. It’s especially true if you think of the car's asking price as the coupe would likely be even more expensive than the Giulia GTAm, priced at an eye-watering €180,000 in its domestic market. Nevertheless, that can’t stop us from dreaming of a two-door Giulia or going even further by thinking of a meaner GTA / GTAm variant.

In an ideal scenario, sales of the Stelvio will pick up in the years to come and its two smaller brothers will also lure in a significant amount of buyers. That would allow Alfa Romeo to have enough money to fund cars that would be closer to the brand’s core, much like Porsche’s Macan and Cayenne cash cows have allowed the Zuffenhausen brand to boost the Boxster/Cayman and 911 lineups with plenty of derivatives.

The Meanest Giulias Of Them All: 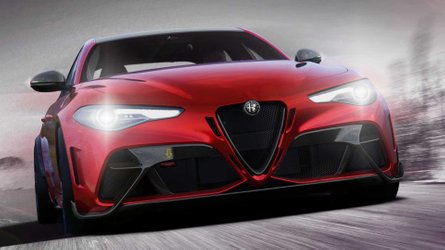 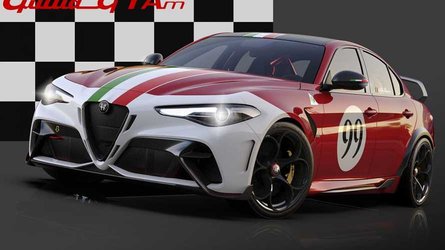