VW Beetle Furbie Tribute Is A Weird Way To Spend $5,900 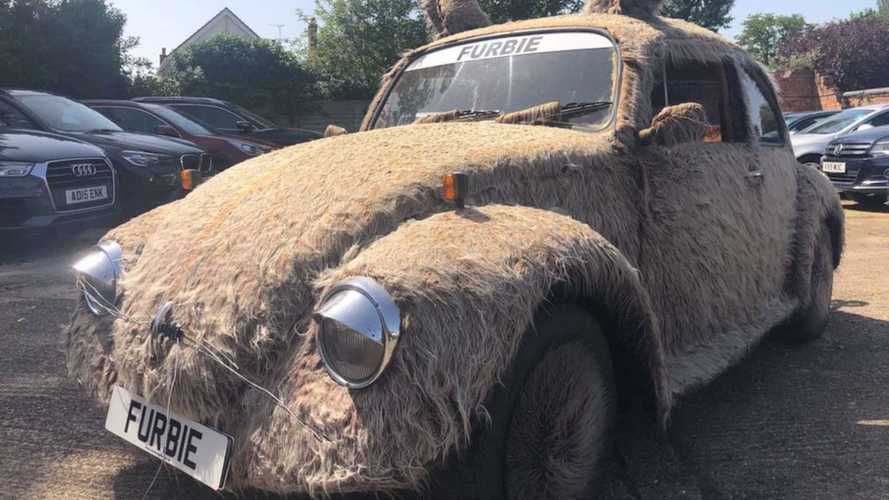 Yes, it's still fur sale as of this writing.

Herbie is arguably one of the most popular fictional Volkswagen Beetle, featured in the 1968 film The Love Bug. It's an adorable number 53 Beetle that has a mind of its own, worthy of getting a remake in 2005. Now, another icon that rhymes with Herbie is Furby – a furry owl-like toy in the '90s that populated every child's Christmas wishlist.

If you're a fan of both, well, you're in luck as a VW Beetle is currently being sold in AutoTrader U.K. and it's called Furbie. It's a combination of both Herbie and Furby, and yes, it's furry, it's messy, and as someone who suffers from allergic rhinitis, no amount of antihistamine can save me from the amount of fur on and in this car.

This modified 1978 Beetle doesn't have a mind of its own, though, but you see, it's covered in fur from bumper to bumper and it even has whiskers up front. It also has a large clockwork key at the back, while four huge quad-exhaust pipes stick out down below because, why not?

The seller of this novelty banks on its head-turning appeal, which we are having a hard time disagreeing on. But seriously, who on Earth won't notice this car, right?

If You're Seriously Looking For A Car To Buy, Why Not These?

Nevertheless, if you're up for a furry ride and won't mind the heft of attention you'll be getting, this VW Furbie Beetle is currently for sale for £4,700 or around $5,900 at the current exchange rates.

And oh, we found out that this has been listed since December 2019, so if you have around six grand to spare, why not give this furry creature a new home? Or not.