Here's a little feel-good story to give off some positive vibes during these trying times. Lynn Pfenning and his family had nothing but love for their Volkswagens. Growing up in the 1960s, his dad originally had a 1965 Beetle that was unfortunately totaled in an accident with a cow. Not exactly a fair contest. Shortly after the accident, Lynn's dad then bought a Brunswick Blue Volkswagen Type 3 fastback for about $2,200 in 1967, and it was Lynn's job to wash and detail the family car every Saturday before they drove off to church. After eight years, his dad sold the car to a local farmer who then gifted it to his son, who happened to be a friend of Lynn.

The years passed, and the car was eventually used as a utility vehicle before being stored in a barn for almost two decades. Pfenning always kept an eye on the car, even after going to trade school, training as a construction electrician, and working at an automotive plant for 20 years. He stayed a gear head throughout these years, and he was always eager to add the Type 3 Fastback to his growing collection, which happens to include a 1963 Beetle. “I would check in every five or some years to see if he was willing to sell me it.” Unfortunately, the owner wouldn't. In 2013, however, he decided to try again and found out that the car was finally available for purchase. He bought it at a fraction of the asking price, but the car was in rough shape, having been used as a vehicle to round up cattle on the farm.  Damage to the doors and the crushed front nose, plus an engine that was severely damaged due to a mouse nest that caused a fire and screwed up the cylinder heads meant that some serious work needed to be done. “It was like peeling back an onion – once I started pulling back the layers the car told a very different story,” Pfenning said.

Gallery: Son Spent 38 Years Searching For His Father’s VW, Another 3 To Restore It

It took almost $40,000 to complete the project, together with some custom additions, and 10 to 12-hour days on weekends for repairs and bodywork. “I cut out all the rust and replaced it with new metal. All the nuts and bolts were replaced or refurbished,” said Pfenning. The engine was rebuilt to 1776 cc from the stock 1600 cc and the interior was finished in a custom tweed. The exterior paint was replaced with Candy Brandywine, a popular color in the hotrod scene in the 1930s. 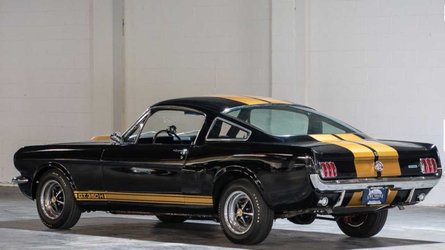 This Restored 1966 Ford Mustang Shelby GT350H Can Be Yours 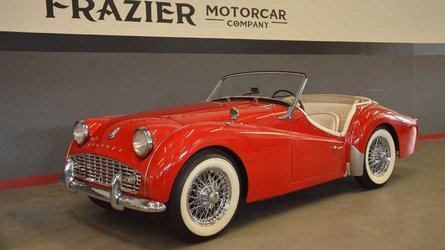 Keep It Classy In A Rare, Restored 1962 Triumph TR3 B Roadster

The project was completed in July of 2018 and was entered in the North Dakota State Fair where it took home first place for best antique car. His then-83-year-old dad was there to participate in the parade with him, all smiles and waves. Since then, the car has also entered many other competitions and won many awards, beating out BMWs and Porsches at vintage shows. All things considered, nothing will ever beat his dad's reaction from riding his original Volkswagen. “Sharing this experience with him has made every penny worth it,” Pfenning added.