UAZ Hunter Expedition Is Ready For A Siberian Adventure

Upgraded bumpers, tires, and more are just the start.

When we think of automakers, big guns in the industry like VW Group, General Motors, and Toyota come to mind. Even smaller mainstreamers like Mazda get a nod. But there are even more automakers out there that don’t draw attention like a mid-engine Chevy Corvette. Take UAZ, a Russian automaker doing its own, bare-bones thing. The automaker is expanding its lineup with the UAZ Hunter Expedition, a beefier version of the SUV.

The UAZ Hunter Expedition features a 2.6-liter, four-cylinder engine pumping out just 128 horsepower (95 kilowatts) and 150 pound-feet (203 Newton-meters) of torque. Power routes through a five-speed gearbox and locking rear differential. The power bumper allows for a jack and winch. There are tow hooks, too, just in case things get squirrely in the Russian expanse. BFGoodrich T/A tires, wrapped around black steel wheels, provide grip with the option for bigger tires and wheels. It has nearly 9.5 inches (241 millimeters) of ground clearance. 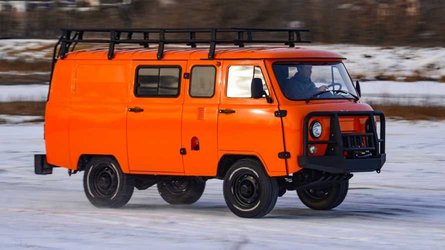 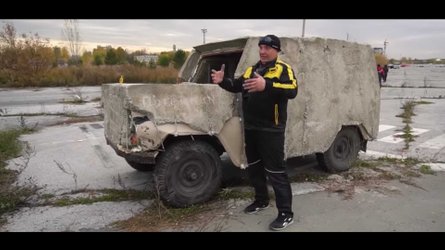 While UAZ is known for its bare-bones aesthetic, the Hunter Expedition isn’t completely featureless, though. It has heated front seats – a necessity in frigid Siberia – that are covered in water-repellent fabric with white stitching. One unique feature is at the rear. Unlike traditional SUVs that have a hatch, the Hunter Expedition features a tailgate that folds down, adding some welcomed cargo flexibility.

If you live in the U.S., you should put the UAZ on the Forbidden Fruit shelf next to the Suzuki Jimny. We won’t see its retro-SUV looks on American roads anytime soon. The Hunter Expedition joins another UAZ model we can’t get here – the SGR Expedition. It’s a van version of the Expedition, and the two share a lot of similarities – roof rack, winch, upgraded bumpers, and more. But it’s staying overseas for now, too.