The NP300 Hardbody was a newly built vehicle, but its underpinnings have been around since 1997.

The Nissan NP300 Hardbody sold in South Africa made the headlines back in November 2018 for all the wrong reasons as Global NCAP gave it a worrying zero-star crash test rating. Still in production today at the Rosslyn factory, the pickup truck is essentially a first-generation Frontier / Navara that dates back to 1997. To further emphasize how dangerous the vehicle is compared to current trucks, The Automobile Association of South Africa set up a head-on collision at 56 km/h (34.8 mph) with a latest-generation Navara built in Barcelona, Spain.

They took a newly built NP300 and smashed it into a used Navara to demonstrate the differences between the two literally represent a matter of life and death. The analysis conducted post-crash shows that a real person behind the wheel of the South African-built truck “would have likely sustained fatal injuries” whereas the driver of the European-made Navara “would have likely walked away from the crash.”

See Other Models That Got Zero Stars: 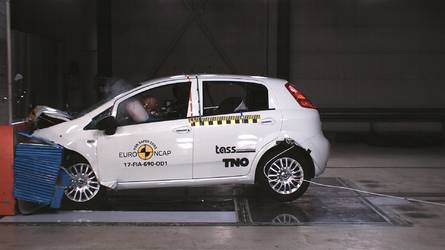 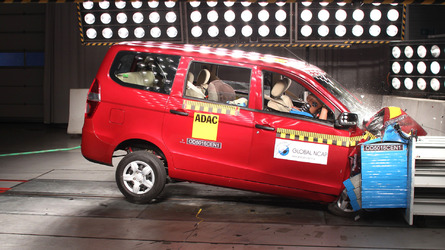 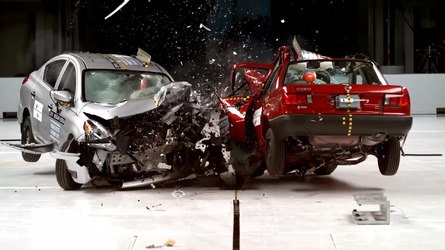 This terrifying crash test is why the Nissan Tsuru was axed
⠀ 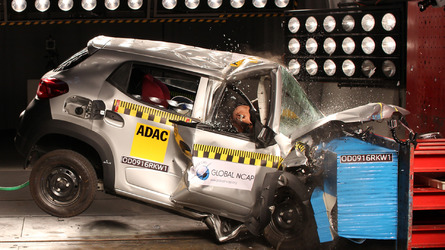 If there is a silver lining in all of this, it’s that Nissan is upgrading its Rosslyn factory to start production of the modern Navara in November 2020. However, the investment valued at three billion ZAR ($200 million at current exchange rates) won’t put an end to the NP300 Hardbody as the old truck will soldier on as a cheaper (yet vastly more dangerous) alternative.

The Navara shares its underpinnings with several other models, including the Renault Alaskan, the soon-to-be-axed Mercedes X-Class, and the Dongfeng Ruiqi 6 sold in China. The Automobile Association of South Africa deliberately took a “new” NP300 Hardbody and crash-tested it against a used Navara to show that a new car isn’t always safer than a used one. It’s especially true when the second-hand vehicle comes from parts of the world where there are far stricter safety regulations.

The crash test also goes to show the major advancements that have been made in terms of safety between 1997 when the original Navara went on sale and 2014 when the third generation came out.