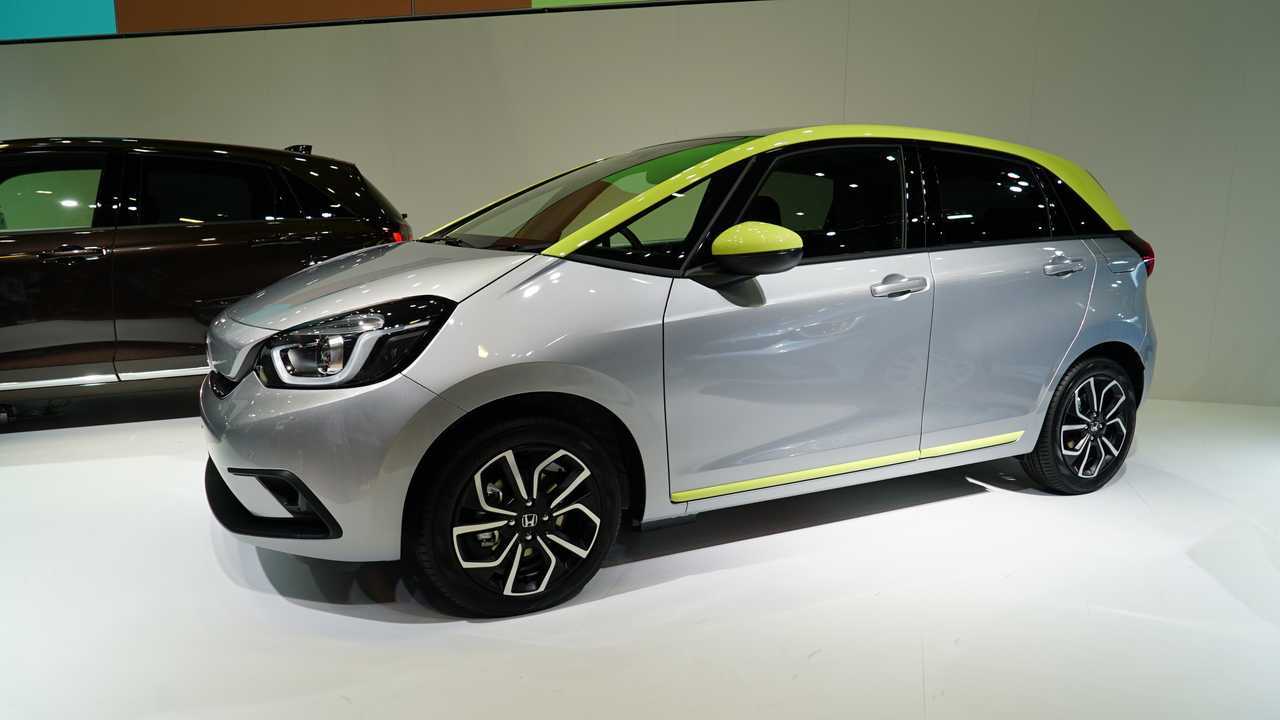 The subcompact goes on sale in February, but it may not reach America.

The Honda Fit first stole the hearts of subcompact fans back in 2001, and the fourth-generation model is now alive at the 2019 Tokyo Motor Show. The short proportions front and rear with a high beltline are familiar territory for the Fit, but this is an all-new model that Honda says will be available in five different flavors to suit a range of lifestyles. The Fit is billed as a vehicle intended to be a “globally-accepted standard” for compact cars, though it’s not yet clear if it will have a home in the U.S. market.

The fourth-gen Fit retains its impressive frontal visibility from the inside, though a redesigned front pillar with a cross-sectional structure differs from the previous model. Honda says this is better for impact absorption into the body in the event of a collision, while the Honda Sensing advanced safety system further caters to the protection of occupants. The setup gains a front wide-view camera, which works with eight sonar sensors front and back to enhance the Fit’s emergency auto braking functionality. For the fourth-generation model, it’s standard-issue equipment on all trim levels.

As for those levels, the 2020 Fit is offered in Basic, Home, Ness, Crosstar, and Luxe trim. Strange names aside, it’s basically a progression from entry-level with Basic to an up-spec Luxe, the latter of which gets leather seats, platinum-style chrome plating on the exterior, and 16-inch wheels as standard. Stepping down a notch, Crosstar adopts a slightly more sporty appearance with a soft-roader theme, even going so far as to have water-repellent interior materials. Ness also gets the water-repellent treatment along with a range of color combinations with a sporty feel, while Home gets fabric seats and other materials that are a step up from Basic.

Honda hasn’t yet released information on the Fit’s new powertrain, but we are told a hybrid model will feature the automaker’s newly announced e:HEV two-motor hybrid system, which will also be available later in the Accord. While offering few details thus far, Honda says this setup will become the company’s core hybrid system moving forward, with emphasis placed on electric power over internal-combustion engines.

Similarly, the Fit will be the first model outfitted with Honda’s Connect on-board communication system. This includes remote control of select vehicle functions by smartphone, emergency support services in the event of a traffic accident, and security services which can dispatch a security guard to your location when “an abnormal situation occurring to the vehicle is detected.”

Honda says the new Fit will go on sale in February, though as previously mentioned, availability in various markets including North America isn’t confirmed. Pricing will also be available at a later date.

Without compromising the spacious cabin and excellent usability that has been a hallmark of each successive generation of Fit, this 4th-generation all-new Fit was developed with the intention of becoming the globally-accepted standard for compact cars suited to this new era.

As a new concept in automobile development, the development team pursued an “emotional value” which cannot be expressed numerically and embodied four dimensions of comfort that enable this vehicle to be better able to support the daily lives of customers. Moreover, the all-new Fit will come in five different types so that customers can select the model that is right for them depending on their lifestyle and life stage.

The hybrid version of the all-new Fit will be the first Honda compact car equipped with the 2-motor hybrid system Honda developed to realize both excellent environmental performance and a comfortable driving experience at the same time, and will be introduced to the market as a part of Honda’s e:HEV* models.

Key features of the all-new Fit

Comfortable view:
The all-new Fit features a front pillar with a cross-sectional structure that is different from previous generations of Fit and yet realizes a structure which enables impact energy to flow to the vehicle body in the event of a collision. While ensuring collision safety performance without compromise, this newly-designed front pillar realizes overwhelmingly wide and superior frontal visibility compared to that of previous Fit models.

Moreover, the instrument panel features a flat-topped design which emphasizes horizontal and straight lines, and windshield wipers are positioned to be barely visible from inside the cabin, which also enhances a comfortable view while driving.

Seating comfort:
As for the front seats, the all-new Fit will be the first Honda model to feature a new-generation body stabilizing seat that Honda developed while envisioning application for its high-class sedan models. The planar support structure of the seat stabilizes the body and makes long driving less tiring and enables the user to enjoy the soft feeling of the seat.

The rear seats of the all-new Fit continue to feature seat arrangements as versatile as that of the previous generation Fit and realize seat comfort equivalent to high-class sedan models by adopting a larger and thicker seat pad which offers stress-free seating even for adult passengers.

Usability:
While maintaining the spacious cabin from previous generations of Fit, the all-new Fit features enhanced usability which supports people’s mobility, including a stress-free layout of storage areas that ensure comfort for all occupants during everyday driving as well as over long-distances.

BASIC:
The basic type of the all-new Fit offers both high-quality design and occupant comfort. This type will feature a simple and endearing design including a front face design with a gentle look and seamless and flowing exterior form.

HOME:
This type strives to realize a relaxing and carefully-designed space with high visual and tactile quality by coordinating colors and materials, including natural-looking fabric seats made with high-quality materials, a genuine leather-wrapped steering wheel and Prime Smooth™ soft padding.

NESS:
This type features exciting color coordination and adopts water-repellent materials for the seat surfaces and soft padding on the instrument panel. It is a sporty and fashionable type which will enable customers to enjoy driving just like they enjoy fitness and sports.

CROSSTAR:
This type features an exterior design developed exclusively for the CROSSTAR as well as 16-inch aluminum wheels, which look good both in city and outdoor environment. As for the interior, water-repellent materials are used for seat surfaces and soft padding on the instrument panel. This type projects an enhanced image of compact and yet tough vehicle.

LUXE:
Striving to create a space where people can spend elegant and comfortable time, standard genuine leather seats were designed as an exclusive feature for this type while pursuing excellence in visual and tactile quality. For the exterior, platinum-style chrome plating and 16-inch aluminum wheels were adopted to increase the high quality feel.

Connected services that enhance customers’ comfort and peace of mind in their daily lives with Fit:

The all-new Fit will be the first model equipped with the Honda CONNECT on-board communication module developed exclusively for Honda vehicles. Starting with the all-new Fit, Honda will begin evolving Honda Total Care Premium*4 which consists of three services; 1) remote control of some vehicle functions via smartphone*5; 2) emergency support service which connects the vehicle directly to a support center in case of an emergency such as a traffic accident and enables prompt and proper responses*6; and 3) security “rush over” service which dispatches a security guard when an abnormal situation occurring to the vehicle is detected*7.