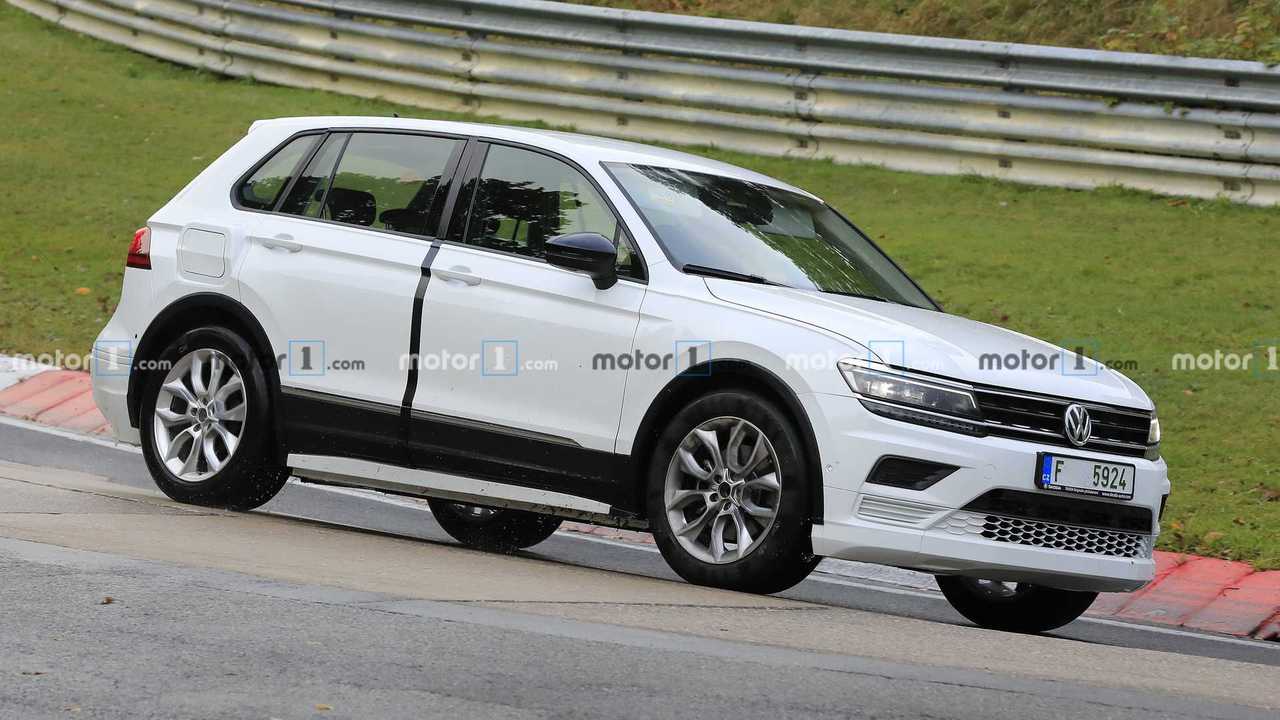 It will be the brand's first EV to ride on the VW Group's MEB platform.

With good reason, you’d be tempted to say this is nothing more than an ordinary Volkswagen Tiguan racking up miles at the Nürburgring. However, looks can be deceiving as we’re actually looking at an early test mule for Skoda’s first electric vehicle to ride on the group’s MEB platform that debuted last month with the ID.3 compact hatchback.

Skoda Enyaq Is The Name Of The Brand's First Electric SUV

The Czech automaker recently hopped onto the electrified bandwagon with the release of the zero-emissions Citigo and the plug-in hybrid Superb, but there’s much more to come from Mladá Boleslav. By the middle of the next decade, the company will have a total of 10 electrified models in its portfolio, including this crossover previewed earlier this year at the Geneva Motor Show by the attractive Vision iV concept pictured at the bottom.

The model’s name is not known at this point, but trademark filings suggest the fully electric crossover could go by the name of “Eniaq” or “Enyaq.” Regardless of how it’s going to be called, the Skoda EV will have a lot in common with VW’s forthcoming ID.4 teased in Frankfurt last month ahead of its 2020 launch.

It would be futile to talk about the design based on these spy shots since this is nothing more than a Tiguan with a stretched B-pillar. While all of Skoda’s models on sale today sit on a front-wheel-drive-based platform, the production-ready Vision iV will employ a RWD-based arrangement as seen on the aforementioned ID.3.

Skoda has already announced its first MEB-based EV will be out in 2020, so the road-going Vision iV is only about a year away.