There is no sign of the rear deck ever suffering a fire.

The Ferrari 512S Modulo concept is looking pristine again following completed repairs from a fire in June. Judging by these photos from owner James Glickenhaus, there's no sign of the singed body panels.

Glickenhaus purchased the Modulo concept from Pininfarina in 2014, but the car wasn't in drivable condition at that time. He then financed a complete restoration to put the unique Ferrari back in road-worthy condition. The revived 512S made an impressive showing at the 2019 Concorso d'Eleganza at the Villa d'Este (gallery below).

Unfortunately, days after the show, the muffler caught fire and started burning the bodywork. An onboard fire-suppression system kept the blaze from doing more extensive damage. Glickenhaus was even able to keep driving the Ferrari right after the incident.

The 512S Modulo debuted at the 1970 Geneva Motor Show and was an early take on the wedge-shaped aesthetic that became popular for performance cars in the 1970s and '80s. To get into the cabin, a canopy slides forward like a fighter plane, and the driver steps inside. The bodywork creates fairings around the front and rear wheels, which creates a striking look in profile. 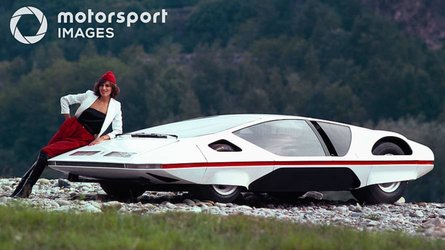 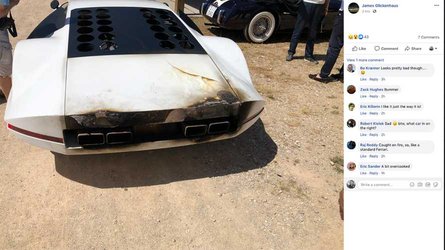 As a concept, the Modulo wasn't originally drivable. As part of his restoration, Glickenhaus installed a 5.0-liter V12 making 550 horsepower (410 kilowatts). His latest message didn't say whether there were any additional exhaust tweaks to prevent burning the rear deck again. However, he has talented folks on the team who should be able to work out a solution.

When not turning one-off Ferrari concepts into road cars, Glickenhaus is busy building his own vehicles. The models include the SCG Baja Boot off-roader, SCG 007 hypercar, and SCG 004 supercar.