Maybach Exelero Still Looks Special After All These Years

Hey Maybach, do you want to build a super concept around our new tires, once asked Fulda.

Can you believe it’s been almost 15 years since the Maybach Exelero debuted? The one-off performance concept was made by Stola in collaboration with Daimler Chrysler and, in our eyes, still looks amazing after all those years. Don’t believe us? Check out this comprehensive video review of the prototype made by Supercar Blondie.

Probably a few of you know that the Exelero was actually commissioned by Fulda, the tire company part of the Goodyear group. The firm wanted to test its new Carat Exelero tire family and asked Daimler to build a prototype that can reach speeds in excess of 217 miles per hour (350 kilometers per hour). The concept was based on the production Maybach 57 and the final design was prepared by four students from the Transportation Design School of Pforzheim University of Applied Sciences. 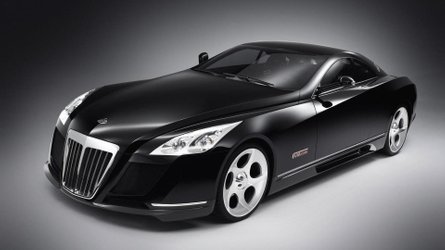 Reports from years ago speculated that Birdman (aka rapper Bryan Williams) bought the car for approximately $8 million. After its debut in 2005, the Exelero was handed to Fulda, which apparently sold it to Mechatronik to join a private collection in Germany. As Supercar Blondie explains in the video, the one-off still rides on its original tires and is not capable of reaching high speeds anymore but has actually managed to hit the 217-mph (350-kph) barrier back in 2005. And that’s still very impressive.