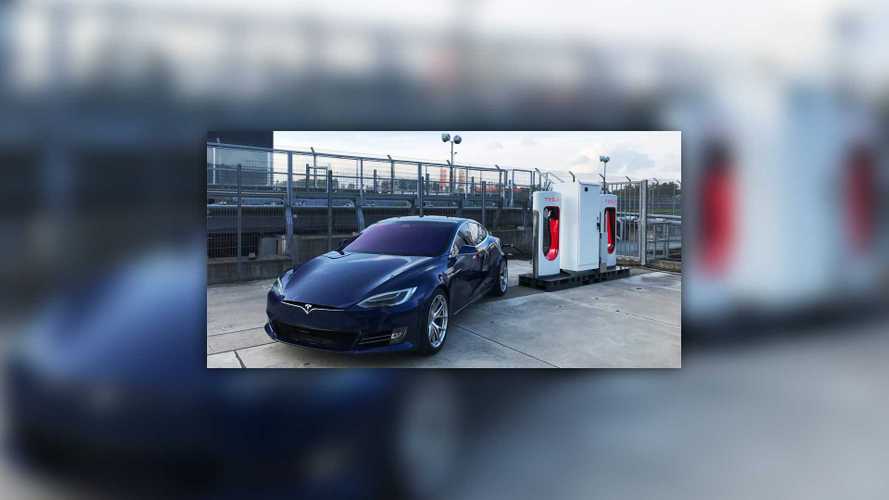 UPDATE: They installed a Supercharger!

UPDATE: Tesla just tweeted an image of one of its test vehicles plugged into a newly installed Supercharger at the Nürburgring. The tweet reads, "We installed a Supercharger at Nürburgring. Makes it feel like home, you know?" We've spoken to Tesla and the company confirms the new Supercharger is connected to the electrical grid and not a diesel generator. The new charging also suggests the company plans on returning to the 'Ring in the future, perhaps with the new Roadster or other performance variants of existing lineup.

Tesla hasn't been using one of its famous Supercharger sites for keeping its Model S' batteries going during the Nürburgring record attempts. Instead, Auto, Motor, Und Sport reports that the company shipped a diesel generator to the track from the United States. The team there has been running it day and night, and the droning noise is allegedly starting to annoy the people who live nearby. The Tesla crew will reportedly be there for around three weeks, and by that time, citizens will likely be happy for them to leave. Then, track's neighbors will only need to put up with the sound of revving engines during the day.

Looking at Tesla's map of Supercharger locations, there isn't a site in the immediate vicinity of the Nordschleife. It would be incredibly inconvenient to do a few laps and then need to drive to another town to recharge. There are Tesla Destination Centers with chargers in Nürburg and the nearby town of Adenau. While closer to the track, they still aren't in the perfect place for where Tesla needs them. The diesel generator is big, but at least it's mobile.

More Info On These Record Attempts:

Folks at the Nordschleife have clocked the Model S lapping the track in 7:23, which is 19 seconds quicker than the Porsche Taycan's record-setting time for a four-door EV. To go so quickly, the electric sedan reportedly has a major powertrain upgrade that requires additional cooling, so there's a revised front end. Fender flares cover wider tires. Trackside spies indicate the company is evaluating the Model S with Michelin Pilot Sport Cup 2 R and Goodyear Eagle F1 SuperSport RS  tires.

When Tesla makes its timed, record-breaking attempt, don't expect the company to remain quiet about the Model S' time. The indications so far is that it should easily beat the Porsche, but the Germans might have a quicker Taycan as a counter punch.