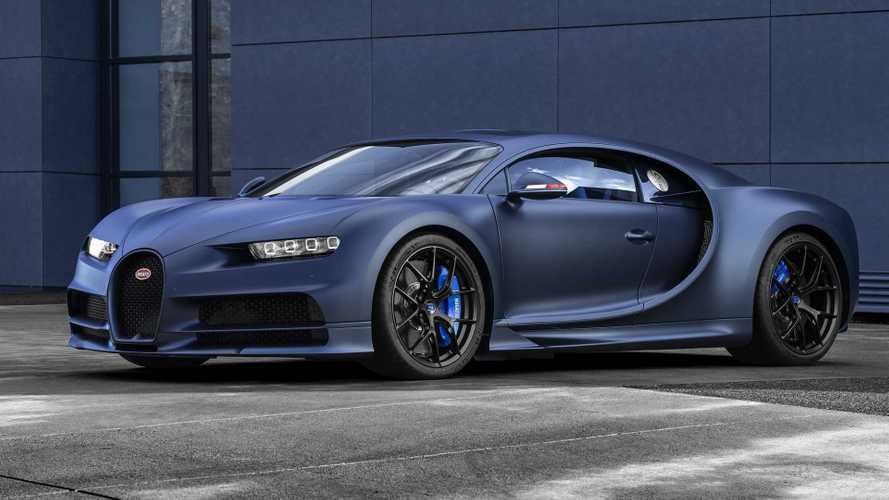 Company boss says the design of a three-door SUV is done and some people have seen it, but there's no budget at the moment to build it.

Bugatti has so far been reluctant in regards to going after Koenigsegg Agera RS’ speed record, but it hasn’t given up on the idea. Speaking with Automobile Magazine, the man in charge at Molsheim was asked about whether an extreme derivative of the Chiron could hit 310 mph (500 kph). Stephan Winkelmann admitted that while it continues to remain a “possibility,” it depends not only on whether Bugatti wants to do it, but also on a tire manufacturer willing to supply the rubber that can withstand the velocity.

A follow-up question from AM was whether reaching the 310-mph mark would require more power than the 1,500 hp delivered by the quad-turbo 8.0-liter W16 engine of the Chiron. He said that while going down the electric route is going to happen at one point, the tech just isn’t ready yet as Winkelmann explained: “it takes smaller, lighter, and more potent energy cells to make such an upgrade work.”

The race to 300 mph is on when you take into account Hennessey wants to break that speed barrier with the new Venom F5, while Koenigsegg is preparing a faster version of its new Jesko hypercar that will attempt to crack the 300 mph. In addition, SSC North America is confident the new Tuatara will be the only hypercar able to do that.

Getting back to the interview, Bugatti’s head honcho was asked about the long-rumored crossover. To our surprise, his answer was: “The design is done. Some potential customers have seen it, and they liked it. One or two influential people up in Wolfsburg were complimentary about it.” That being said, don’t get too excited just yet as there’s no budget at the moment for a high-riding Bugatti, therefore a decision about putting the three-door SUV in production has not been taken yet.

If given the green light, Winkelmann said the Bugatti SUV “would almost certainly be battery-powered” and the decision to work on an SUV rather than a sedan akin to the Galibier is because demand would be much higher for the former compared to the latter.

In regards to a roofless Chiron, the company’s boss admits owners of the hypercar have been asking Bugatti about whether there are plans for a droptop derivative. His answer? “Let’s wait and see” – which could mean a Grand Sport / Grand Sport Vitesse is in the pipeline, although we’ll have to wait and see about that.