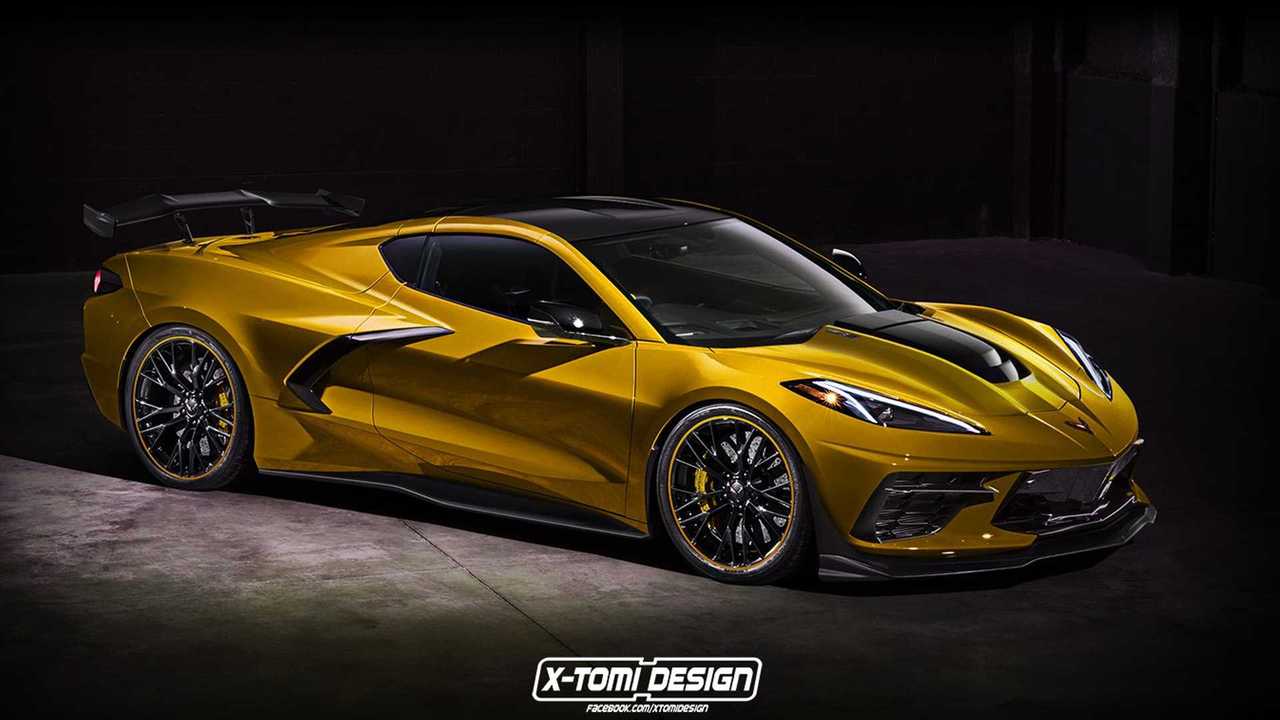 The 2020 Chevrolet Corvette is here, but that’s not stopping rendering artists of the world from looking into the future. Scattered throughout the ‘Vette’s 66-year legacy are occasional ZR1 models (ZR-1 for you C4 aficionados) that, among other things, add prolific power. The most recent ZR1 debuted in 2017, packing a supercharged 755-horsepower (563-kilowatt) LT5 V8 up front beneath a bulging hood, and a gigantic wing on the back.

Crazy For The C8 Corvette:

X-Tomi Design on Facebook carries those design cues to the new C8 almost verbatim in this fresh rendering. It certainly looks aggressive, though the high-rise hood is rather pointless now that the engine is behind the driver. Perhaps this design can offer a bit more cargo capacity in the front storage area, but alas, this rendering isn’t about storage or engine placement. It’s about giving the new C8 and C7 ZR1 makeover, and from the iconic hood to the front spiller and big wing at the rear, it’s spot-on.

It’s unlikely such a machine will ever exist, and not just because the supercharger-clearing hood is no longer needed. With the Corvette entering the mid-engine supercar world, there’s speculation that the ZR1 badge might be retired. Adopting the new “king of the hill” role could be the Corvette Zora, named of course for Zora Arkus-Duntov. It’s also likely that the range-topping performer will not sport a supercharger, but a twin-turbocharged V8 mated with an electric motor in an all-wheel-drive hybrid configuration. Rumors of a 1,000-hp (746 kW) Corvette have persisted for at least a couple years now, though if such a machine comes to life, it probably won’t materialize for a few more years at least.

Corvette May Become A Brand With Sedan, SUV, And Cadillac Copy: Rumor

That’s okay, because Chevrolet promises the base-model Corvette Stingray will be an epic performer at an astoundingly low price. Equipped with the optional Z51 Performance Package, the 2020 Stingray is said to run from 0-60 mph in less than three seconds. Furthermore, a no-option Stingray with the new LT2 V8 will sell for less than $60,000. In short, this new mid-engined Corvette could turn the supercar world on its head.