Lexus LC Convertible Could Make Up Half Of LC Sales In U.S.

There’s a big market for the convertible in the U.S., Lexus says.

Lexus has been teasing a topless version of its lovely LC sports car for a few months. The company showed off its first LC Convertible concept in January at the Detroit Auto Show and most recently rolled out a more production-ready prototype this past weekend at the Goodwood Festival of Speed.

Fortunately, we got to watch the QR-coded prototype take on the Goodwood hill climb in person. But we also sat down with Koji Sato, executive vice president of Lexus International and chief engineer of the LC, at Goodwood to talk LC Convertible. Specifically, what the company expects of the droptop in markets like the U.S.

From a sales standpoint, Sato says the LC Convertible could split consumption of the LC down the middle – and hopefully boost the sports car’s presence in the States. In 2018, the company sold 1,979 examples of the LC Coupe in the U.S. Through the halfway point of 2019, Lexus has sold less than 600 examples.

"In the U.S. market, the convertible will share almost half [of sales] with the coupe," Sato notes. "That means we are expecting the same level of excitement in that market." Cities like Los Angeles and Miami, which "don’t get a lot of rain," he says, make more sense for the LC Convertible than many other global markets.

Look At The Lovely LC Convertible: 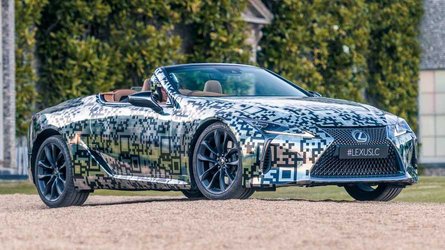 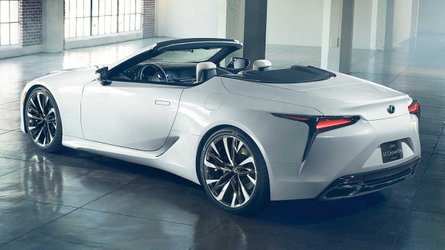 We still don’t know what will power the LC Convertible. Assuming the same hybrid 3.5-liter V6 and 5.0-liter V8 from the coupe carry over, the convertible could have as much as 354 horsepower (263 kilowatts) and 471 horsepower (351 kilowatts) on tap. No word on pricing either, but considering the LC coupe’s $92,300 starting price, we expect the extra engineering associated with the convertible to push the model's price over the $100,000 mark.