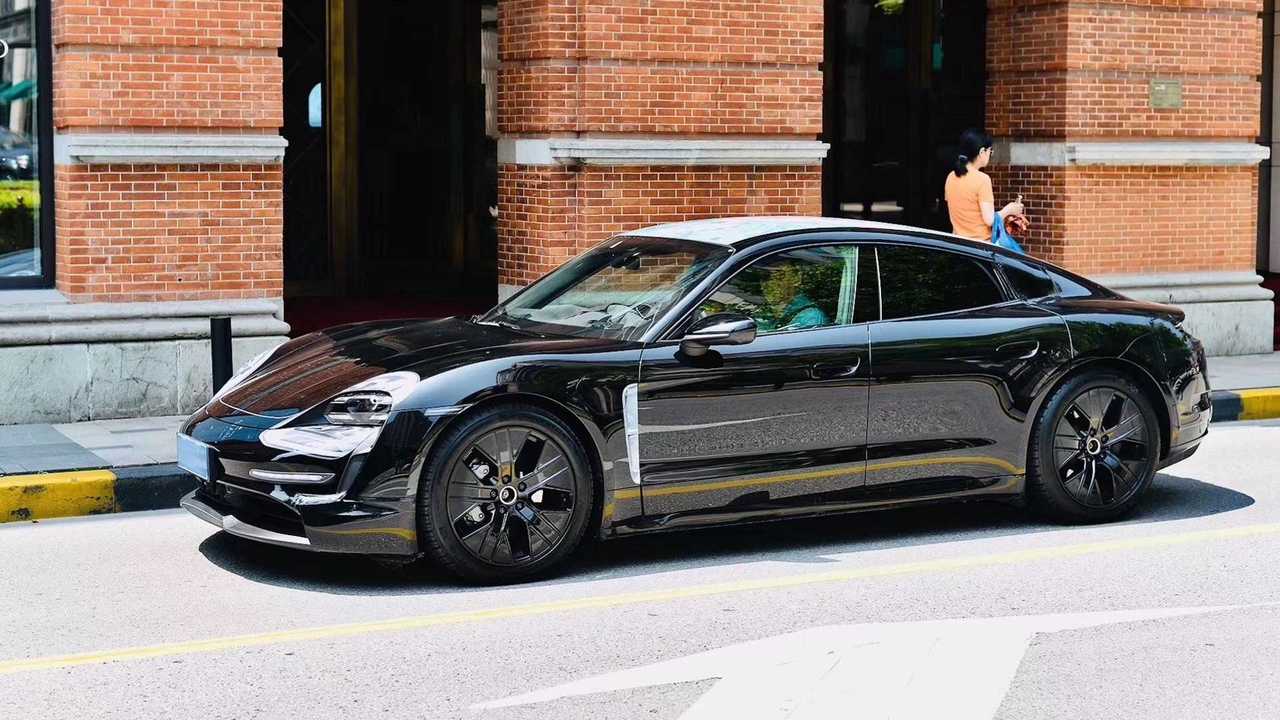 Well, hello there and your fake exhaust pipes.

If you haven't heard of the Porsche Taycan at this period in time, well, congratulations, you've just learned that the Stuttgart-based automaker is making an all-electric sedan that's to be revealed soon.

While most of the prototypes were caught testing within the premises of the Nürburgring, today's a bit different. A Motor1.com reader has sent us images of an almost-completely-naked Taycan. But instead of its usual hangout places in Germany, the test mule was seen roaming the streets of China.

According to the information sent to us by the said reader, the Taycan prototype was caught just outside the Peninsula Hotel in Shanghai. With that, it goes to show that Porsche is positioning itself for the Chinese market, which is becoming a huge and influential automotive market in this decade.

Going back to the images, the Taycan prototype is hardly covered by camouflage to mask its design, save for the C-pillar and a few odd details. The side vents seen on the photos are actually stickers, as well as the daytime running lights and fog lights up front. The taillights have been concealed with black tape, too, while the exhaust vents are laughably fake. The wheels, on the other hand, have deviated greatly from the previous spy shots.

For what it's worth, the exposed test mule may mean that Porsche wants visibility in the progressive Chinese market rather than concealment. Whether this business move will work for or against the sports car maker, is beyond us. But considering the positive reception of the Chinese market for electric cars, a luxurious option would be a game changer.

The Porsche Taycan is confirmed to be having its global reveal in September of this year for the model year 2020. For those who prefer a larger cabin or a (slightly) raised ground clearance, a wagon/crossover called Taycan Cross Turismo is also confirmed for next year.