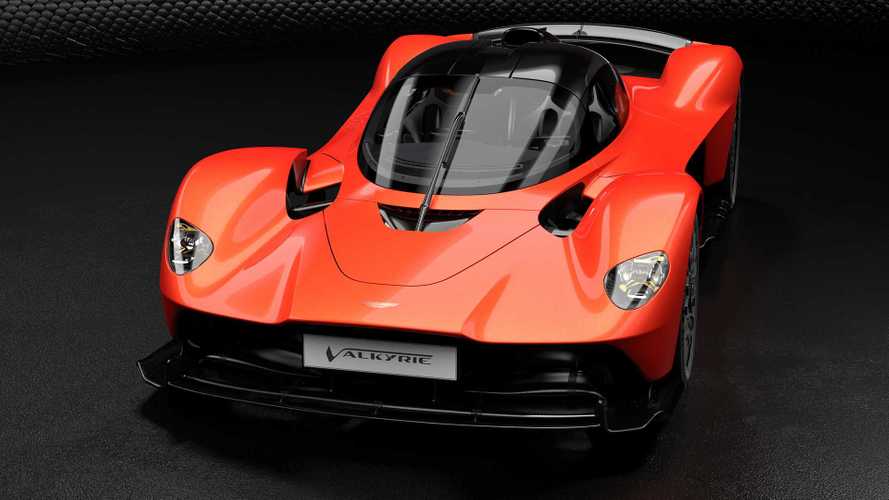 Can the 1,160-horsepower hypercar beat Lamborghini around the famous track?

The Aston Martin Valkyrie will allegedly make an attempt at setting a new production car lap record around the Nüburgring Nordschleife. To be the new champ, the British hypercar will need to best the Lamborghini Aventador SVJ's time of 6:44.97. Aston Martin CEO Andy Palmer disclosed the plan to Motoring.

Palmer indicates that taking the Valkyrie to the Green Hell is somewhat necessary for the vehicle's international marketing. "In some markets, I’m thinking China strangely, a time around the Nurburgring is important to the prowess of a supercar," Palmer said. "In reality, we’re not developing it for that. It’s not what it’s meant for but we’ll probably end up setting a time."

Ride Of The Valkyries:

Aston Martin Valkyrie To Race In The World Endurance Championship

Aston Martin might take a unique approach to the Valkyrie's record attempt. Rather than paying to close the track for the run, Palmer suggests "turning up to an open session." It's not clear whether he's referring to the industry testing periods, which is when many spy shots come from, or the Touristenfahrten periods when the track is open to the general public.

Aston Martin will make 150 units of the road-going Valkyrie at a price of $3.2 million each and 25 units of the Valkyrie AMR Pro track car. If you want one, it's too late because all of the build slots have buyers.