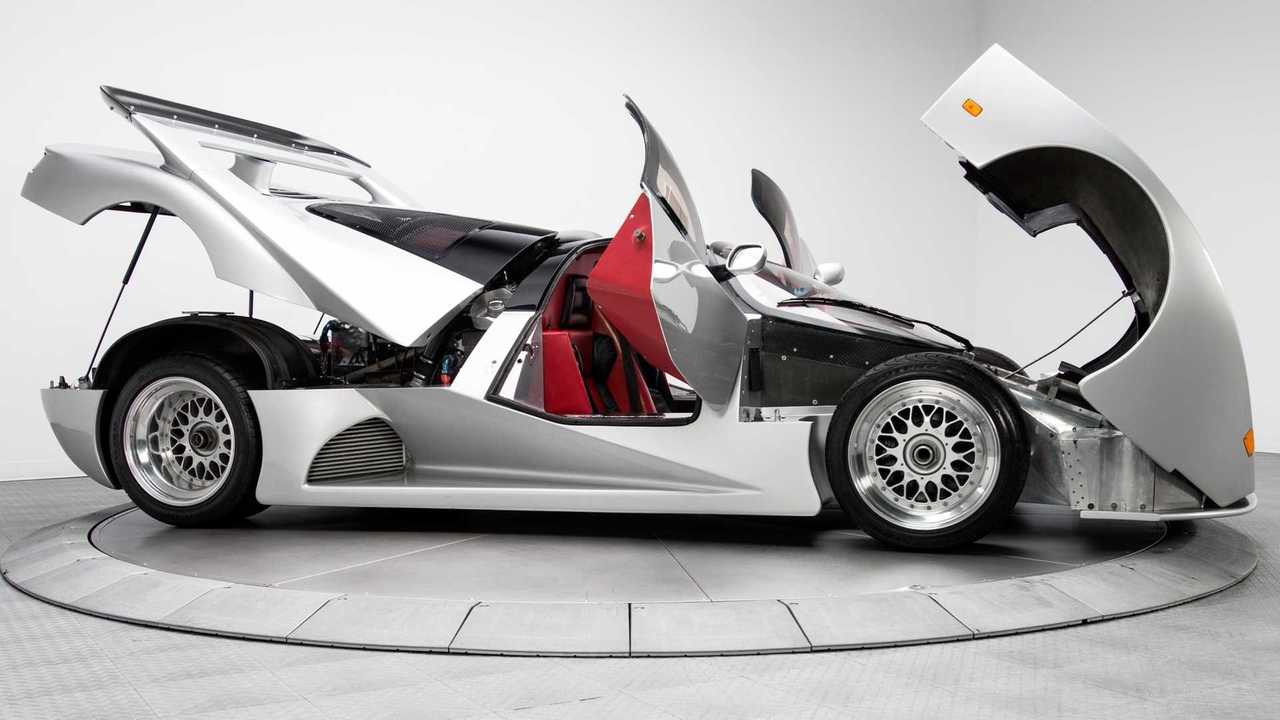 "C" stood for carbon fiber and "1000" for the horsepower delivered by the twin-turbo Mercedes V8.

For a lot of reasons. From its futuristic shape to the amazing technical specifications, but also for the impressive (claimed) performance and the one-of-one status.

Long before Pagani introduced the C12 with its Mercedes-sourced V12, another supercar from the 1990s with an engine from the three-pointed star took the automotive world by storm… and then it vanished. The completely bespoke one-off C1000 was developed by a Germany company known for its Group 6 and Group C race cars after a wealthy businessman from UAE contacted Lotec in 1990 to build him the fastest car in the world.

Work on the car commenced in 1991, and nearly four years and $3.4 million later, the C1000 was ready for delivery purely as a one-off car. It was engineered with a full carbon fiber body and chassis to keep the weight in check at only 1,080 kg (2,381 lbs) despite having a large engine. Indeed, a 5.6-liter V8 from Mercedes with a pair of Garrett turbochargers pushed 1,000 horsepower to the rear wheels through a Hewland five-speed racing gearbox.

Last time we heard, the fascinating two-door coupe was up for grabs in the United States for a cool $650,000. However, that was roughly four years ago, back when the odometer was showing merely 1,600 miles (2,576 kilometers) on the clock.