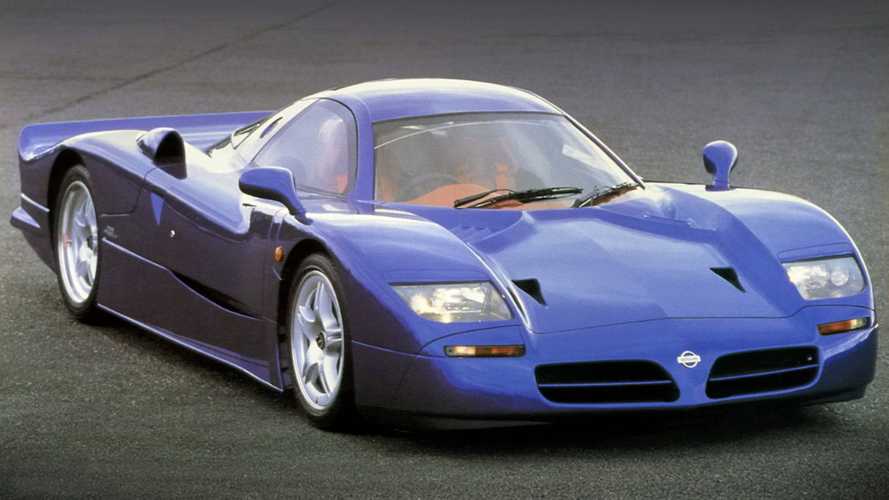 Why We Remember It Now

How many times have you heard the words “Nissan” and “supercar” used in the same sentence?

Some 20 years ago, Nissan described the street-legal R390 GT1 as being a “diamond in the rough” while its race car counterpart was labeled as the “finished, polished product.” That’s because the road-going model was actually the first to come out, unlike other machines entered in the GT class that were first and foremost track-only vehicles with road car counterparts needed to obtain type-approval.

According to a Road & Track article from October 1998, the car’s official price tag was a cool $1 million, but in the end, it was never marketed. Only one was ever made and it’s usually exhibited at Nissan’s global headquarters in Japan, but it'll be at Pebble Beach later this week. Wait, isn’t the adjacent photo gallery showing two cars in different colors? Well, no. It’s actually the very same car repainted from red to blue and re-VIN’d. We’re not making this up – check the video below with Eiichi Shimizu, the curator of Nissan's DNA Garage in Zama, Japan:

The road-legal car was virtually the same as its racing counterpart, featuring a large body measuring 185.8 inches (4.7 meters) long and 78.7 inches (2 meters) wide, housing the mid-mounted 3.5-liter V8. Speaking of which, Nissan engineered the R390 GT1 by collaborating with Tom Walkinshaw Racing for the VRH35L aluminum engine featuring a pair of turbochargers.

To some extent, the engine still exists today as McLaren acquired the rights from TWR to use it while developing the MP4-12C, which came out back in 2011. Together with engine builder Ricardo, the V8 was overhauled and renamed M838T, and a variation of the 3.8-liter unit can be found in the 570S as well as the 540C currently on sale.

The 550-horsepower punch was channeled to the rear wheels with help from an Xtrac six-speed sequential transmission that came with a short-throw gear lever. Nissan equipped the R390 GT1 road car with 18-inch front and 19-inch rear wheels shod in 245/40 ZR18 and 295/35 ZR19 tires, respectively.

The car’s design represented the work of Ian Callum from TWR, currently head of design at Jaguar. He decided to use Nissan’s existing parts bin by borrowing the 300ZX’s headlights, while within the low-slung coupe body was a carbon fiber chassis to keep the weight low. Massive 14-inch front and rear vented disc brakes with six-piston calipers provided the necessary stopping power for the rear-wheel-drive machine.

From a business point of view, Nissan was probably wise not to market the $1-million supercar since it would’ve been a tough sell, yet we can’t help but wonder what could’ve been…