Current-gen cars will get hybrid or plug-in hybrid versions to bridge the gap.

It’s probably only a matter of time before Porsche will electrify its core sports car, the 911. Not only that, but it looks like the Boxster and Cayman duo is also going to get a charging port as a new report from Autocar suggests the Stuttgart-based marque has green-lighted pure electric versions of the entry-level sports cars.

The new data obtained by the British magazine comes only about a month and a half after a similar report published by Which Car regarding the possibility of an electric Boxster / Cayman. Porsche chairman Oliver Blume has revealed in an interview with Autocar the company is already testing pure electric 718 prototypes while working on a hybrid 718.

The 911 Has Already Been Electrified By A Third Party: 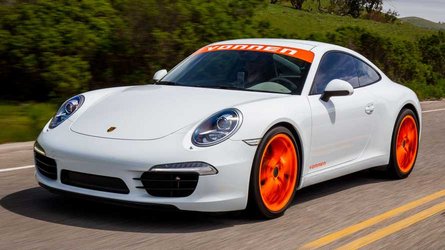 He went on to mention they haven’t made up their minds yet about whether the cars will be getting plug-in hybrid or hybrid setups, but the plan is to sell Boxster and Cayman EVs alongside electrified versions of the two models. According to the same report, the entirely electric models are expected to switch to Porsche’s new PPE platform while the hybrid / plug-in hybrid derivatives could stick to the current underpinnings, albeit in an updated form that allows electrification.

If this sounds familiar, it’s because Porsche will be doing the same with the Macan, which will soldier on with its existing hardware adapted for hybridization while spawning a PPE-based Macan EV. 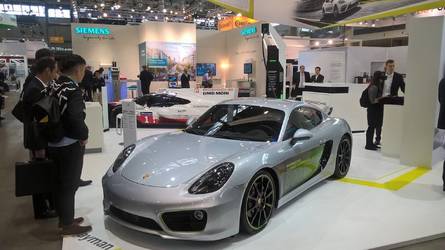 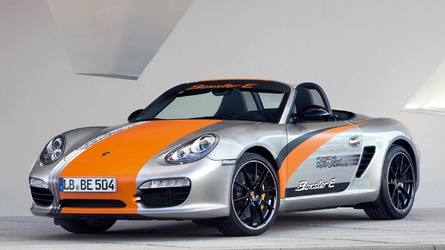 Little else is known about the hybrid Boxster and Cayman, but it looks like the cars will feature a flat-four engine whereas the hybrid 911 is expected to boast a six-cylinder mill.

The pinnacle of Porsche’s electrification efforts is expected to be a new hypercar serving as a successor for the 918 Spyder, which itself was a hybrid. It’s reportedly due to arrive by the middle of the next decade and possibly feature solid-state batteries for a considerably longer range without adding extra weight.