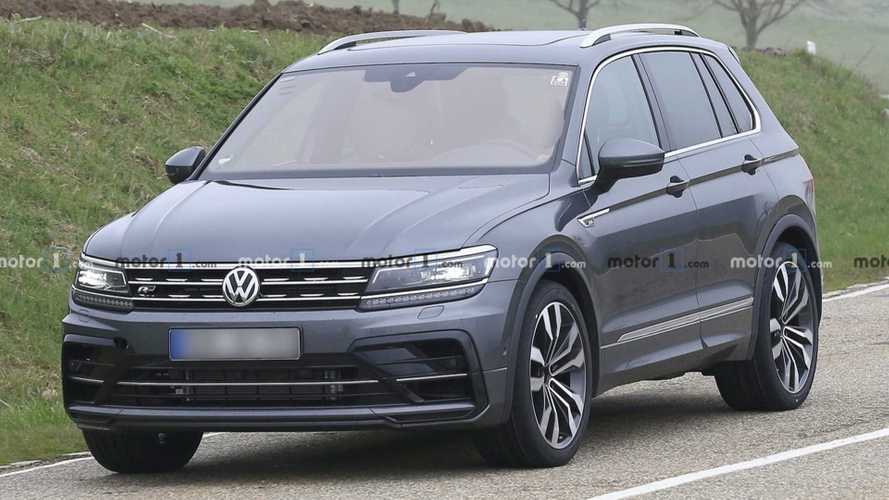 There's no camo because the prototype is carrying the R Line body.

You’re not fooling anyone with that R Line body, Volkswagen. We can see the quad exhausts at the back, which means this can only be the full-fat Tiguan R. We’re pretty sure this isn’t a test mule of the new RS Q3 since the potent Audi crossover was spotted at the end of March carrying the production body and the RS-specific oval exhaust tips.

The Tiguan R has been undergoing testing since at least October 2016 when a similar R Line-looking prototype was spotted at the Nürburgring, so we’re hoping the official reveal will take place later this year. When it does eventually arrive, the Tiguan R will be positioned above the recently launched T-Roc R in VW’s expanding R portfolio rumored to further grow with the addition of an Arteon R.

Underneath the hood, we’re expecting to find an uprated version of the turbocharged 2.0-liter gasoline engine. Taking into account the T-Roc R packs 300 horsepower, it would make sense for the bigger Tiguan R to up the power ante by a considerable margin as it’s obvious VW doesn’t want the two hot crossovers to overlap.

It’s unclear how much power it will get, but with rumors pointing towards a near-400-hp Golf R Plus, it looks like VW’s engineers can easily extract more power from the 2.0 TSI. It goes without saying the Tiguan in range-topping R guise will be available exclusively with 4Motion all-wheel drive, and we won’t be too surprised if it’ll be a DSG-only affair.

No word on pricing just yet, but surely it’s going to be more expensive than the T-Roc R while remaining significantly more affordable than the five-cylinder, Quattro-equipped Audi RS Q3.

The Frankfurt Motor Show in September seems like a good venue for VW to introduce the Tiguan R as a big debut alongside another major reveal, the production-ready I.D. electric hatchback. We’ve also been hearing rumors of a Tiguan Coupe (not really a coupe, though), but nothing is official at this point.