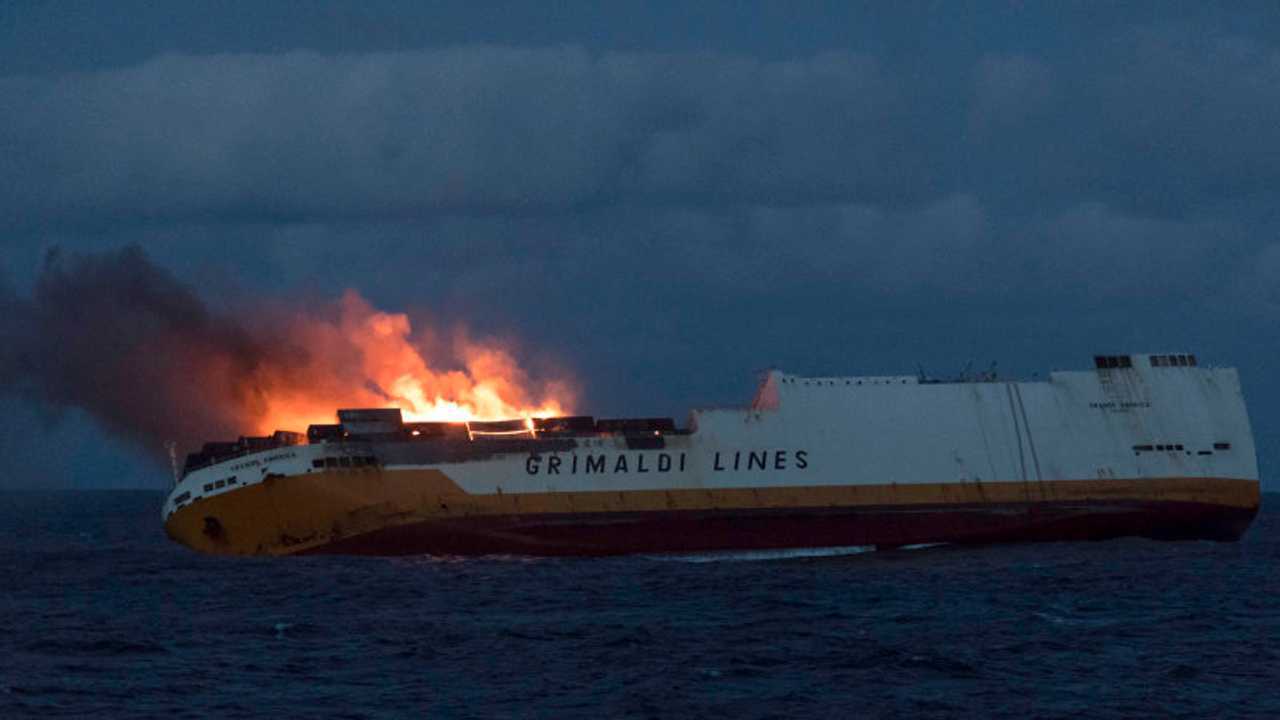 After losing four customer-bound GT2 RSs to a shipwreck, Porsche has agreed to rebuild the lost cars.

Typically, when a manufacturer builds a run of ultra-limited, low-production sports cars, that's that. If you missed your chance, you'll have to wait and hope for a shot at buying one secondhand, likely at a heavily inflated price. But what happens when those cars never reach their original owners?

Last week, the Grande America, an Italian cargo ship, caught fire a sunk off the coast of France. On that ship were 10,000 kilograms of hydrochloric acid, 70,000 kilos of sulphuric acid, and about 2,000 cars, give or take. Among those 2,000 cars were four Porsche 911 GT2 RSs, making their way to their (un)lucky new owners in Brazil.

Normally, in a situation like this, the cars would be gone forever. The buyers would have their deposits returned by the dealers, and everyone would move on. But these aren't just any cars. The Porsche 911 GT2 RS is the fastest 911 ever made, a brutal track toy for discerning enthusiasts. In other words, the death of those four cars shall not be in vain.

Road & Track has reported that Porsche Brazil has made an official statement: "Porsche Brazil confirms that 37 of its new cars, in route from Hamburg, Germany to Santos, Brazil, were aboard the vessel Grande America that suffered a maritime incident near the coast of Brest, France, on March 12, 2019."

"Among the fleet were four 911 GT2 RS units. In a special decision and to uphold its commitment to its valued Brazilian customers, Porsche has ensured that those units will be reproduced in the order in which they were originally confirmed."

In an unprecedented move, Porsche will be replacing the four cars lost in the fiery shipwreck, meaning that those Brazilian owners aren't so unlucky after all – they'll just have to wait a bit longer.