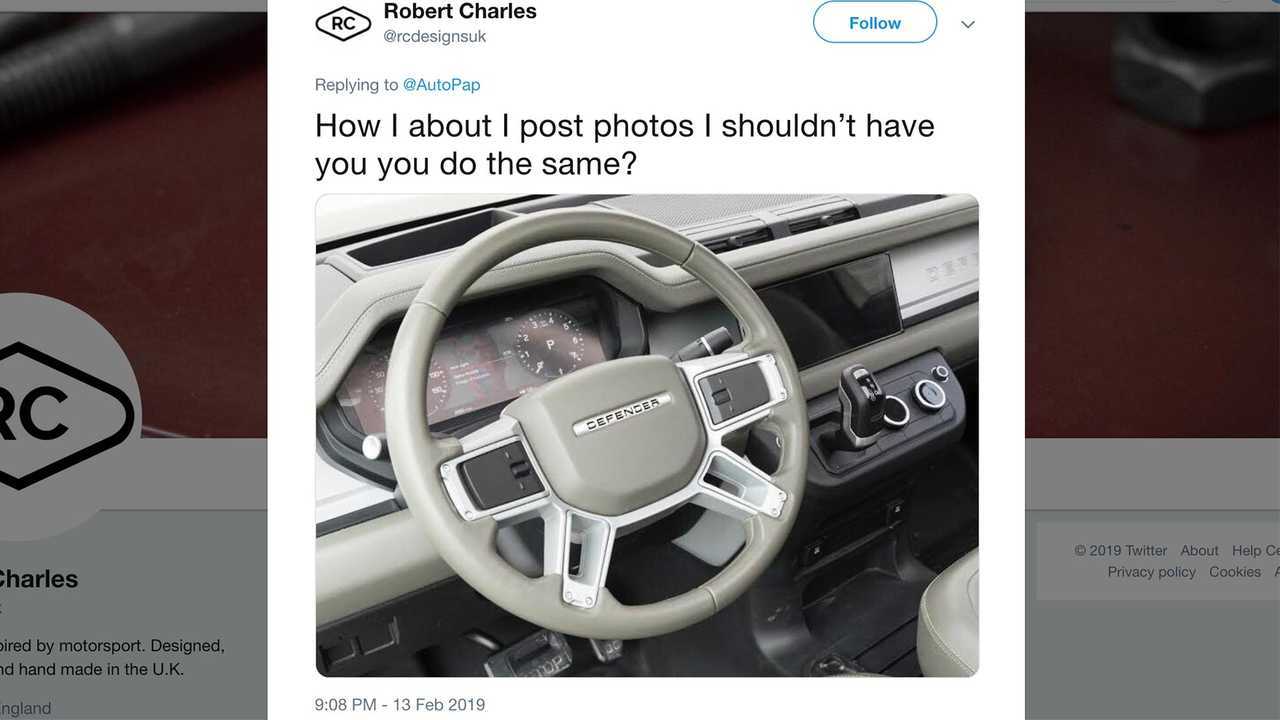 This is a great view of what the interior looks like, even if the switches don't have labels yet.

The interior of the next-generation Defender has possibly leaked out in a tweet from U.K-based designer Robert Charles (embedded below). While the cabin looks somewhat plain in this image, this is likely because the image captures a mockup, rather than the final production version of the much-anticipated SUV.

While this isn't exactly what we expect to see when the Defender arrives at dealers, it's definitely the best look yet at the little Land Rover's cabin. There are some interesting styling details in there, too. For example, the brake pedal has "Stop" on it, and the accelerator shows "Go," This looks neat, but the element only seems useful if you can see out the soles of your feet. The rectangular display for the digital instrument panel looks similar to the layout on the new Evoque. A relatively small infotainment screen is on the dashboard above the gearshift. Part of the Defender logo is visible on the passenger side of the dash.

The blank switches and bountiful switches indicate that this is just a mockup. The controls would have labels if this were the final production version of the design. The center console also doesn't look complete because it just appears to be an unadorned piece of plastic in this photo.

Spy shots tell us that Land Rover has two variants of the Defender on the way. The 90 model (above) will be a smaller three-door variant, and the 110 will be a larger, five-door version. The SUV will allegedly launch with a 2.0-liter four-cylinder turbodiesel, and a hybrid will either be available from the start or will join the range a little later. A pickup body style will possibly join the lineup later.