Gray is usually a dull color for a car, but BMW Individual's Dravit Gray shade is quite special.

It comes as no surprise that one of the first dealers to get its hands on a high-spec version of the 2019 3 Series is UAE’s BMW Abu Dhabi Motors. Seen here is the shiny new G20, but not just any ordinary version of the Bavarian sports sedan as it’s a generously equipped 330i finished in a BMW Individual color. 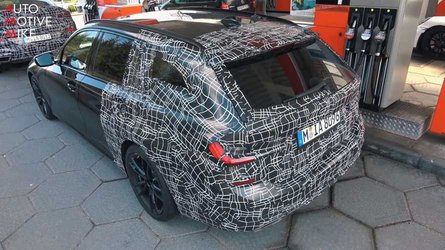 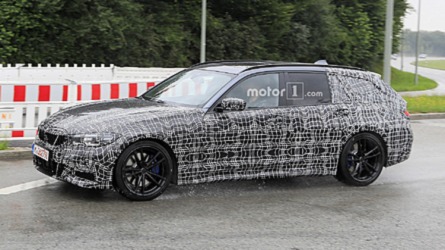 Called Dravit Gray Metallic, the special shade will be available from summer 2019 in Europe and at home in Deutschland, it will set you back an extra €1,250 whereas the other regular metallic paints are available for €900. Got to pay more to stand out, right? BMW also offers this color for the new 8 Series grand tourer in both coupe and cabriolet forms, and there’s a good chance the 3 Series Touring will also have it following its expected debut next month at the 2019 Geneva Motor Show.

Getting back to this rear-wheel-drive 3 Series, it’s a high-end M Sport version with a Merino leather interior in cognac, which on the U.S.-spec model is an option available for $1,700. Also noticeable is the fine-wood trim oak grain on the center console, dashboard, and some other areas throughout the cabin.

As a refresher, the base 2019 BMW 3 Series Sedan starts off at $40,250 in this 330i configuration, with the xDrive model beginning from $42,250. The hotter M340i in both rear- and all-wheel-drive flavors will follow in July 2019, and there’s obviously going to be a range-topping M3 probably due to go on sale sometime next year.

You’ve probably heard by now the new wagon won’t be coming to the United States, but you can still get the previous-generation model if you hurry. It’s available exclusively in the 330i xDrive specification for a starting price of $45,000.